As fear of terrorism subsides, and efforts to create cyberwarfare hysteria turn out to be a complete failure, power hungry sociopaths from New York to California are falling back to an age old tactic in their perpetual efforts to control every aspect of your life, pretending to protect you from the common criminal. 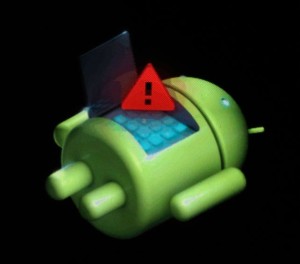 According to them of course, this isn’t the next tyrannical power grab by an out of control government. Quite the contrary, they are simply trying to protect you from crime. Mobile phone thefts account for 30% to 40% of all robberies in major cities nationwide, according to the FCC, and that figure is said to be as high as 50% in markets like San Francisco. According to Consumer Reports, 1.6 million Americans were victimized by smartphone thieves in 2012.

Phone manufacturers have been hesitant to go along with it, for the same reason. They say, if a “kill switch” is implemented, it will need to be universal among all the carriers. That would mean thousands of people knowing how to trigger the kill switch, and the technology inevitably falling into the hands of hackers, who would no doubt use it to maliciously disable phones. Of course, for statists, this is just another greedy capitalist boogyman tactic to make money. Statists like Gascón, say this is just because because they make billions annually from selling theft insurance to their subscribers.

Of course if you the consumer, want some way to remotely wipe, disable, or track your phone, that already exists. I wrote about this last year, in my article “Must Have Android Apps for Activists“. I use an app called Cerberus, and using a text message with a secret password that only I know, I can lock the phone, take a picture, record sound, get the GPS coordinates, or erase all data on the device. If someone enters the wrong unlock code 3 times, the device automatically emails me a picture from the screen side camera.

It won’t render the device unusable, a savvy tech can factory reset the device or install new firmware. It is unlikely however that any legislation would accomplish that either though. You wouldn’t want an irreversible switch (if one is even technologically possible), because someone who reported their phone missing, then found it between the couch cushions, would be out hundreds of dollars. If hackers managed to turn off a large number of phones, the damage could be in the billions. CTIA, a telecom industry group, says a kill switch is no good if it’s reversible because thieves would presumably be able to use the same recovery tools as theft victims.

Did this require an act of Congress? No. I simply searched the Google Play Store for “anti theft”, investigated a few options, and chose the 6th app in the list. I despise Apple, but I’m certain similar options exist.

All this legislation would do is put that control in the hands of someone else, specifically, the State.