It seems like every other day, I see a story about rape in India, and people demanding the government do something to stop it. As terrible as it is, this always make me chuckle, because I always make this analogy about gun control laws in America. “Ban guns!” scream liberals after every mass shooting, as if a guy who would open fire on a crowd of innocent people in broad daylight cares what Congress thinks about his actions, they might as well be screaming “Ban rape” which of course, is illegal pretty much everywhere. 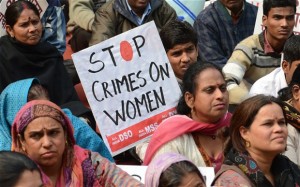 But that’s exactly what’s happening in India. Guns have been tightly controlled in India since 1959, and unless the victim and perpetrator are married, rape is punishable by “rigorous imprisonment for a term which shall not be less than twenty years, but which may extend to life”.

Still, rape in India has been described as one of India’s most common crimes against women, and by the UN’s human-rights chief as a “national problem”. The latest estimates suggest that a new case of rape is reported every 22 minutes, 24,923 in 2012 alone, and rape cases in India have doubled between 1990 and 2008.

Likewise, in India, firearms permits are issued by the central government since 1987. You can’t get one unless you are a government agent, a “professional shooter”, or you can prove that you face some sort of imminent danger, and even then, semi and fully automatic weapons are prohibited. Yet, there are estimated to be 33,700,000 illegal firearms in circulation in India, according to GunPolicy.org. This outnumbers guns owned by police and military combined, which have 1,900,000, and 2,600,000 respectively. The number of privately owned, registered guns in India is reported to be 6,300,000.

This means that lawbreakers outgun the police, the military, and the law abiding population combined, by a ratio greater than 3-1.

With those kind of figures, is it any surprise to anyone that people are being victimized every 22 minutes?

It doesn’t much matter what the penalty for rape is, if the only people who can hand down punishment are outgunned three times over. If you want to stop rape, arm women, and the punishment for attempted rape will be summary execution.