Who ever said the State doesn’t have a sense of humor? Granted, it’s a sick, demented sense of humor that makes Jim Norton look like Bill Cosby, but some of the things they propose really do make me giggle.

Last night in Washington state, in a move that makes Matthew Barney’s “River of Fundament” look like a Charlie Brown Christmas Special, the lower house of the legislature approved by a vote of 67 to 29, H.B. 2149, a measure introduced by Rep. Eileen Cody (D-West Seattle) that would abolish medical marijuana dispensaries. The medical marijuana dispensaries or “collective gardens”, which had been legalized in July of 2011, will be replaced by the new recreational shops, which are governed by the liquor control board, after being legalized under I-502 in 2012. 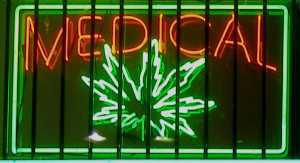 Medical marijuana patients who were previously allowed to own 15 plants, will now be limited to 6, and only 3 of them can be flowering.The provision allowing home cultivation would expire on July 1, 2020, at which point the state-licensed stores would become the only legal source of medical marijuana. Additionally, while medical marijuana patients are currently allowed to have up to 24 ounces, the bill would reduce that quantity down to only 3, unless a medical professional thinks you need more than 3 ounces of pot, in which case you can have 8. Recreational users are limited to one ounce. 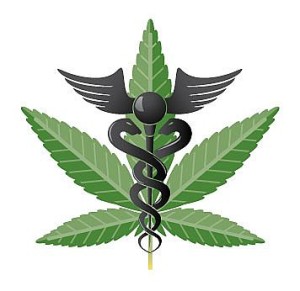 I’ve got news for ya, even as a guy who thinks all drug laws are tyranny, nobody needs more than 3 ounces of pot at any given moment, so I’m really looking forward to reading that doctor’s note. The problem with arresting someone for having more than 3 ounces of pot isn’t that they will die if they don’t smoke a months supply in the next 15 minutes, the problem is that you are using violence to put someone in prison for having plant material.

Why go through all this trouble? To raise taxes, of course. Recreational marijuana in Washington state is taxed at a rate of 25%, on top of the state’s 6.5% sales tax on everything that isn’t nailed down. Medical marijuana is untaxed, and for the most part, unregulated. Presently, a medicinal cannabis patient can be arrested for possession of marijuana, but a doctor’s note is an affirmative defense. There is no central registry of marijuana patients.

H.B. 2149 changes that too. Medicinal cannabis patients who want to avoid the state’s 6.5% sales tax, cultivate ganja at home, or possess more than one ounce of sticky green, will have to register with the State.

Remember when I told you that Marijuana Legalization Does Not Advance Liberty? A lot of people criticized me for that article, but here’s your proof folks. This is what happens when you ask permission. All banning something does is drive it underground. Likewise, all legalizing something does, is give statists a new toy to play with.