Today I got the all too familiar “You must log in” message from Facebook again. Since my primary account is already banned from posting presently, I was very interested to find out what was the problem this time.

Another admin on one of the Statism is Slavery Facebook page, which I’m a content creator on, shared an image from another page comparing Obama to Hitler. Specifically, an image of Hitler with text saying “If you like your Jews you can keep your Jews”, an obvious shot at Obama’s “Keep your health care plan” broken promise on Obamacare.

The post got reported, and apparently made it through some preliminary screening for removal, because we don’t get logged out just for being reported once. That happens all the time. So far, page admins have been given an option to remove the post. I’m not going to do it. Where it goes from here remains to be seen. 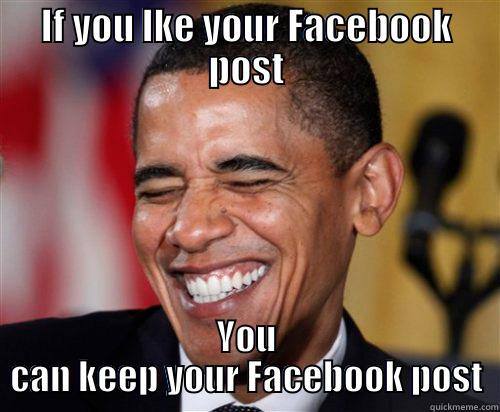