Free Keene is reporting that a local man by the name of Matthew Oldershaw, aka Yankee, was assaulted yesterday in Keene’s Central Square. Rich Paul later posted on his Facebook profile that the man appears to have a broken neck.

You may recall I was expelled from the Keene Activist Center, and the Free State Project, for advocating defensive force.

But hey, at least they got pictures of the guy. Now the police can come and do the necessary violence for them at taxpayer expense.

If you recognize the perpetrators of this violence, please contact Free Keene.

UPDATE 1:17pm EST 06/04/14 Here is a playlist of videos from the events leading up to and after the assault


Story from FreeKeene.com by Garret Ean;

Early last evening in Central Square, a troubling act of violence occurred when a local man, Matthew Oldershaw, known to many as ‘Yankee’, was shoved into the granite fountain and sustained head trauma. This occurred while Yankee was conversing near the fountain with business owner Dorrie O’Meara. An unknown man wearing a blue t-shirt and a Boston Red Sox baseball cap was identified by witnesses in shaky footage from the scene as the aggressor. The man remained on the square several minutes after the attack, associating with another man wearing a bandana under a backwards cap who threatened those holding cameras and claimed ‘gang affiliations’. Yankee was taken away on a stretcher and has since been moved to a hospital outside of Keene for additional treatment. Four KPD units responded, and left the scene without making any arrests. Images of the man have been published by Keene Peaceful Streets. Do you know who this man is, photographed smiling as he walks away after sending another person to the emergency room? What is additionally a sad reflection on society in Keene is the indifference displayed by some bystanders to a seriously injured person laying wounded in front of them. Some people can be seen casually pouring water on nearby chalkings at the same time that friends of the injured person are sobbing for someone to call an ambulance. 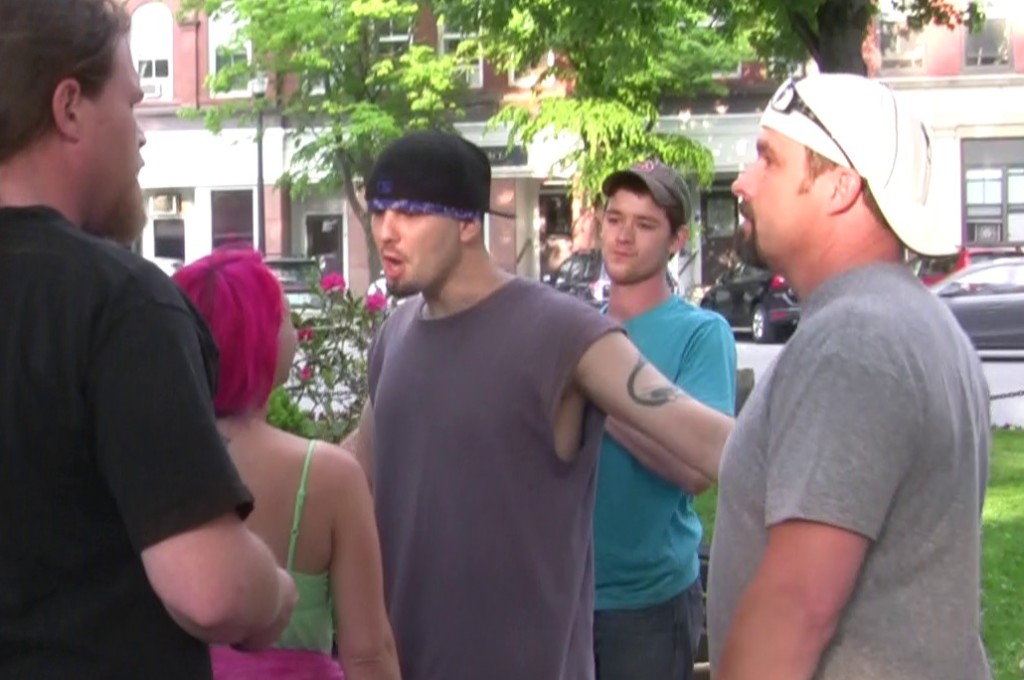 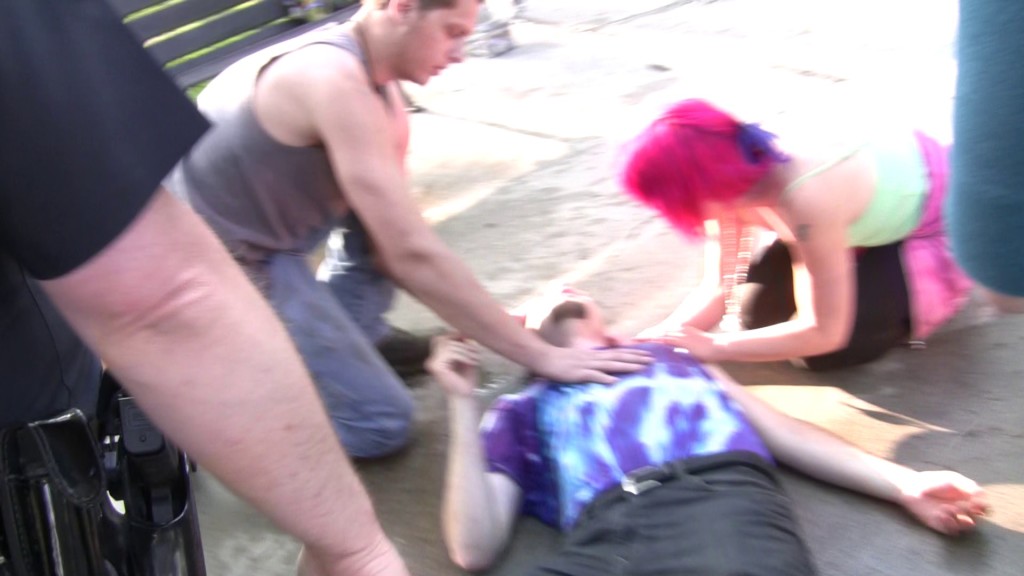 Today’s unfortunate violence comes less than a day following a violent assault involving multiple people the night prior which fortunately left no one injured, but resulted in the theft of one person’s keys, camera, and cell phone. Video of that incident was shared last evening by Keene Peaceful Streets. More complete reports on these incidents are being assembled as footage sourced from various witnesses are uploaded.

If you appreciate the work I do, please consider donating, or advertising here.