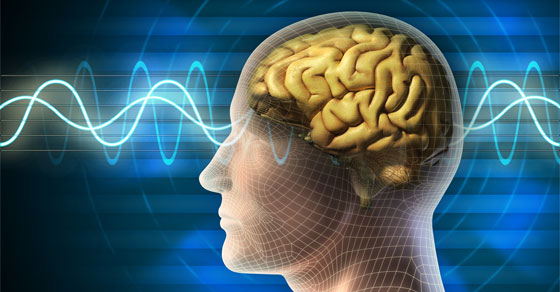 Since I first became interested in Nootropics, I’ve done research into, and experimented with, a great many different supplements and chemicals. Combining these substances is known as “nootropic stacking” to benefit from their separate and combined benefits. One thing that is often suggested in forums and other resources, is adding stimulants to nootropic stacks. This has some upsides and some downsides depending which substances you use, and what your relationship with drugs has been in the past.

Personally, I have a history of insomnia and substance abuse issues. Part of what I liked so much when I started trying nootropics was that they helped with these problems. I found that OptiMind, racetams, and noopept, all helped me focus more on the things I wanted to focus on, freeing me from the intrusive thoughts of my addictions and other destructive habits. I didn’t need to drug myself to sleep, because my thoughts were not racing out of control keeping me up at night. This was a relief so huge that I have trouble finding words to describe it.

I added (legal, unregulated) stimulants to the routine, and I’ve had some mixed results. I immediately realized that some of these substances had serious abuse potential, and this combined with my previous substance abuse issues could be worthy of concern. It’s one thing to have a little caffeine snap you out of your morning fog, it’s another to have waves of euphoric highs dominating your experience, and distracting from your work, only to later crash and doze off or suffer intense cravings for more drug.

Another issue common to stimulants, is tolerance. To a lesser extent I noticed this with racetams and noopept as well, take a drug for a period of time, and over time its effects become less noticeable if present at all. This can work both ways with stimulants, both positively and negatively. A stimulant that one day brings distracting euphoria, may the next day be little more than a wakefulness promoter when one builds a bit of a tolerance to it. On the other hand, tolerance can bring about a constant urge to increase dosage – a potentially dangerous thing with any drug, especially stimulants.

Compensating for the negative effects of one drug, by taking another, is a common problem with stimulants as well. If you do some searching you may see people suggesting phenibut as a cure for insomnia for example. This kind of thing is extremely irresponsible, and I will at some point in the near future write an article entirely about phenibut. The short version is, phenibut is a dangerous, physically addicting drug with a high similar to that of alcohol or GHB. Tolerance builds rapidly, and if one just keeps increasing dosage to compensate they may end up with a real chemical dependency problem and debilitating physical withdrawal symptoms.

Insomnia is another, perhaps obvious issue, but this can usually be dealt with by responsible users through timing.

In any case, here goes my experience with a number of different stimulants. For the record, I’m also taking DMAE, ALCAR, and Alpha GPC, and trying to find the right combination/cycle between noopept, oxiracetam, aniracetam, and phenylpiracetam.

Adrafinil started off great. Using the recommended dosage, I was alert, focused, and creative. Rapidly however, I noticed its effects became less pronounced and shorter lasting. I increased the dosage to achieve the same effects, only for the tolerance to become higher and higher. At some point, the dose became more euphoric than nootropic, and I wound up doing more than two grams of adrafinil recreationally in one night.

Hordenine was one of the better stimulants that I’ve tried. It is a powerful wakefulness promoter, and appetite suppressant. It is also an MAO-B inhibitor. At first I found hordenine sort of euphoric, it did not assist with concentration. I was more “stuck”, full of energy and not really knowing what to do with myself. I continued to take it in the following days though, and hordenine continued to work as a wakefulness promoter and appetite suppressant, without the distracting euphoria.

This substance is more frequently marketed as a workout supplement than a nootropic, but it does receive some attention in nootropic discussions. In my book, AMP Citrate is a recreational drug, and a pretty good one. The effects are intense and short lived energy and euphoria, followed by a feeling of being completely drained. Often, a few hours after taking AMP Citrate, I find myself asleep in my chair.

It has some potential as a workout supplement, since it will give you energy and make you feel good while working out, tasks which presumably don’t require a great deal of thought, and are constrained to a comparatively short period of time. This drug has no place in a nootropic stack though, the euphoria is just too distracting, and the comedown can literally cause a narcoleptic episode.

There exists some temptation to re-dose once the effects are gone, and doing so will relieve the drowsiness associated with the comedown. But even for a few days after the first dose, tolerance prevents one from achieving the same effect as the first dose, at least when consuming any agreed upon safe amount of the drug.

Phenylethylamine, herein, PEA is also known as “the love drug”. It is found in small amounts in chocolate, and it is said to mimic the brain chemistry of someone who is in love. I have not found this to be the case at all.

PEA is normally metabolized rapidly within the body, to the point that it is almost pointless to take by itself. Some searching around will find the “Hordenine PEA stack”, due to hordenine acting as an MAOI. In theory, anyway, hordenine inhibits the metabolizing of PEA, so that the drug has time to take effect and last for several hours.

I have tried this, and for the life of me, I cannot understand why anybody would market it as a nootropic. It is a recreational drug, or workout supplement at best, and at worst, it does nothing but increase your heart rate, make you nervous, and cost you money. I think of nootropics as things that will help me get work done, but while on this drug, I couldn’t do anything besides lift weights and stare.

I will need to revisit this one as I’ve only recently begun to take a high enough dosage for it to matter. The package I got from Powder City suggested a 10mg serving size, but I don’t notice any effect from oral dosage at all until 40-50mg. It is however a powerful stimulant once one gets to that proper dosage. It can be very euphoric, a downside for people with substance abuse issues, but I didn’t find it as distracting as PEA or AMP Citrate. This seems to have potential as a nootropic. The downside as I see it, is that it seems to have a very short lived effect, and as I read it, one can build up a tolerance very quickly.

Phenylpiracetam is a nootropic, there’s no question about that. It is derived directly from piracetam, which is one of the oldest and most studied drugs in this entire subject matter. I’ve begun adding it to my nootropic stack in different amounts at different times to see where it fits best, or if I should continue using it at all.

It is said that phenylpiracetam has stimulant properties, but I haven’t personally noticed them, at dosages from 100-200mg. I don’t think I would exceed 300mg of phenylpiracetam, because racetam overdose leads to brain fog in my experience, and nothing positive. If other people notice stimulation from this substance, they must have different body chemistry than I.

The drugs listed in this article are 100% legal in the United States. You can order them in bulk powder without anybody asking any questions. Buying or selling them in capsules or while marketed as dietary supplements may have different implications. This is not legal advice, and I am not an attorney.

There are no shortage of popular nootropic stimulants out there that have some government requirement attached to them, like a prescription or a prison sentence, but I’m not particularly interested in those. I’m an anarchist, and so I hate asking permission from people who rely upon government violence to keep them in business.

Adrafinil, hordenine, and synephrine all have potential as nootropics, and as addicting drugs. I’m not aware of any real physical dependency issues, but if you have substance abuse issues, you should be careful of any substance I’ve discussed here. All of these drugs have the potential for euphoria and abuse, so if you’re interested in staying sober, keep stimulants out of your nootropic stacks.

PEA, and AMP Citrate, may be useful as recreational drugs, or as pre workout supplements, but in my experience have no place in the nootropic market.

I’ll follow up on this article in the future with updates, please subscribe to this blog via email, as this is an ongoing experiment.

I get all my nootropics and other supplements at Powder City.

I am in desperate need of money. So if you appreciate the work I do, please consider donating, or advertising here. If money is tight, I could also use some volunteers.