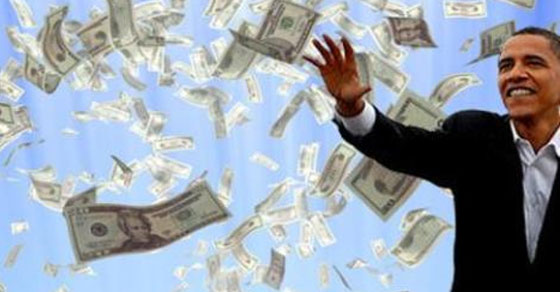 Greg called into Free Talk Live describing himself as a “civil libertarian”. He believes that people should basically be free to do as they see fit, but he also feels like being stuck in a dead end job is some kind of oppression. He concludes that the solution to this is to redistribute wealth, so as to, as an example, pay for a person’s education so they can improve their station in life.

As a libertarian I’m pretty quick to dismiss this notion. The usual voluntaryist cliches come to mind, taxation is theft, non aggression, property rights, Austrian economics, incentives, etc… Additionally, Greg’s call came in towards the end of the show, and so we didn’t have a great deal of time to discuss it. He seemed to want to go point by point through the entire issue of wealth redistribution, but that’s just not practical at the end of a 3 hour radio program with commercial breaks every 15 minutes. I’ll post the video of his call at the end of the article, but I’d like to write here about some issues he brought up.

Liberty, with a Lack of Choices

It’s certainly difficult to deny that a lack of resources can severely limit one’s choices. If you measure one’s freedom by their number of options, then you can see how one might consider taxation as a way to increase freedom. If you take some property from a very wealthy person, he still has a lot of options. At least in theory, you can increase the options of the poorer person dramatically by giving them a relatively small piece of the pie. Thus the theory is that through wealth redistribution, the overall number of options people in the society have as a whole is increased. I don’t agree with this on a number of levels, but that’s the theory.

Voluntarists will rightly point out that redistribution requires taxation, and that taxation requires a threat of force. Trying to mix freedom with forcing people to do things seems inherently contradictory.

Greg correctly points out that force is being used either way. You can use force to protect property rights, or you can use force to redistribute property. No matter how you slice it, there’s always some threat of violence involved. While I disagree with Greg’s conclusions on how to solve problems, he’s absolutely right about the use of force issue, and so few libertarians are willing to acknowledge this. The question is never “violence or no violence?” the question is always “Who will use what sort of violence to accomplish what, and why?”

The Non-Aggression Principle is pretty straight forward, no matter how many people try and obfuscate it. Initiatory force and fraud against person and property are off limits. When that line is crossed, whatever level of violence is necessary to correct the situation, is justified. If everybody adhered to this standard, there would be no violence, but realistic people tend to understand that isn’t going to happen. It’s not about non-violence, it’s just about the proper role of it in society.

Greg’s line of thinking seems to be “Any situation which curtails one’s choices is off limits. Once that line is crossed, whatever level of violence is necessary to correct the situation is justified”. He’s far from alone in this. Basically everybody who walks into a voting booth is saying “Whatever situation I find unacceptable may be responded to with violence by the government”.

I would certainly prefer a world without violence. I would prefer a world where everybody just respected everyone else’s person and property. I don’t want violence. Ask Greg, or any other voter, and they would more than likely say something similar. Redistributionists don’t want IRS agents raiding houses, they just want people to pay up. Religious zealots don’t want to put people in prison for sex acts, they just want everyone to obey their deity. In all of these cases, we prefer non-violence, but are prepared to resort to it if that’s what it takes to accomplish our goals.

Thus libertarian’s attempts to label ideological rivals as purveyors of violence, while claiming to be the ideology of non-violence are somewhat disingenuous. The question lies in the justification for the violence from the perspectives of morality and efficacy.

To the question of efficacy, I would say the evidence is pretty clear. Wealth redistribution has not brought more choice to the world, and there is no reason to expect that it would in the future. It has created huge demographics of people who are dependent on the State, who have lost track of what wealth even represents, and are left not only without incentive to produce, but with an incentive to consume without producing.

A person who has their needs met without producing has little incentive to produce, especially if the “free stuff” will be taken from him once he begins to produce. To get a job that paid the same or less than his government benefit, seems to him as if he were working for nothing, and may even hurt his bottom line. For production to become worthwhile it would have to pay significantly more than his government benefit, so as to compensate him not only for the work he is doing, but for the money he could make by not doing it. If a person is not particularly skilled, as is likely the case for many who receive government benefits, this is nearly impossible.

A person who has money taken from him by force for that money to be given to someone who does not produce, disincentivizes him from production as well. He is only producing to benefit himself, and if he does not get to enjoy the fruits of his labor, there is little point in continuing his efforts. How much disincentive it presents depends on a number of factors, but at some point it just makes more sense to drop out of the workforce and collect the benefits you otherwise would have been paying for.

This combination puts a huge drag on the entire economy, discouraging production, and making fewer resources available to the entire society. Thus if the idea behind wealth redistribution is to get greater access to resources for all, it fails this test.

Cell phones were once a status symbol of great wealth, and at the time they barely worked, and certainly couldn’t play high resolution video games or live stream video. Today, far more sophisticated technology is accessible to even the lowest income brackets.

Was this accomplished by taking cell phones from the rich, and giving them to the poor? Of course not.

The rich paid huge amounts of money for cell phones and service, making big bucks for the producers and providers. Those producers and providers used that money to create more sophisticated technologies and more robust networks. They competed with each other on price to draw in a broader customer base, until it came to pass that people are walking around with wirelessly networked computers in their pockets for less than $100.

I’m a big fan of the notion of universal objective morality. In other words, whatever the standard, it is applied across the board. All these subjective “if this then that, except for when X” type of scenarios and grey area seem self defeating to me. I realize a lot of people disagree with this, but I’ll attempt to make the case for it.

For starters, morality needs to be simple. There are simple people in this world, and they would in large part prefer to be good people. A complicated moral code (you know, like the modern legal system) makes certain that the average person cannot understand it. If people cannot understand morality, then they cannot be moral actors. If your moral code assures that most people cannot be moral actors, then let us not be surprised when you live in a society that has no morals.

Secondly, if we are to accept that everyone is entitled to their own moral standards, then the concept of morality has no meaning. If what is immoral for me can simultaneously be moral for you, if each individual is the arbiter of his or her own morality, then of what use is moral condemnation to society?

Without even setting a standard, we can see that wealth redistribution immediately fails the universality test. Short of absolute chaos where each individual is free to take from anyone, wealth redistribution requires a class of people be given the privilege of taking by threat of force, in order to give to others as they see fit. If it is wrong for me to take by threat of force, but right for another, our moral code is going to get very complicated very quickly. Once it gets complicated, people will not be able to understand it, and we will live in a society absent of morality.

If we want a simple and universally applicable moral standard, non-aggression is as good as it gets. Nobody has the moral or legal authority to initiate force or fraud against anyone else. Everyone has the moral and legal authority to defend themselves. It is a standard that can be taught to children who are barely old enough to speak, and yet still makes sense to Alzheimer’s patients.

The only major obstacle to it, is millennia of indoctrination from church and State. Pretty much everyone alive has been taught that government agents are a special class of people who have the unique authority to violate this otherwise well understood standard of conduct.

Mention removing that authority and they panic… Who will build the roads? Who will stop crime? Who will protect us from invasion? OMG! You can’t kill police officers!

All of these concerns have very reasonable answers, of course, but it takes a good deal of time to undo an entire childhood and early adulthood of State indoctrination through the public school system, and government subsidized higher education. This is hardly practical to do in a blog post, much less between commercial breaks on a radio show.

But from a moral perspective, I would say it is better that the whole world starve to death in a free market, than for a penny to be taxed in the name of feeding the poor. I would say it is morally better that every agent of the State be stoned to death, than for one peaceful person to spend a second in the back of a police car. Luckily, none of that is necessary for liberty to prevail, but it is long past time for somebody to pay statism the moral condemnation that it deserves.