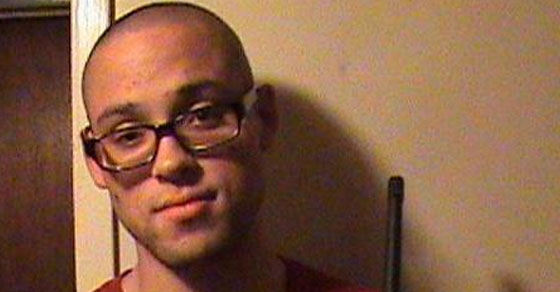 In the wake of a mass shooting that left ten people dead at Umpqua Community College in Oregon, media is pouring over the social media presence of 26 year old Chris Harper Mercer trying to understand what drove him to commit the crime. Unsurprisingly, these outlets tend to reach their conclusions based on whatever biases they held prior to the shooting.

President Obama predictably blames guns. Liberals found him identifying himself as a “conservative, Republican” on one dating profile, and decided to run with that narrative. Christians focus on the fact that he reportedly targeted Christians. The classic go-to of “blame whitey” was quite popular, before we found out the shooter was half black, but even this fact doesn’t deter some from continuing to blame the white half. He expressed admiration for Vester Flanagan, so others are blaming the black half. In some places he used the screen name Ironcross45, alluding to a Nazi military badge – and from this they conclude he “idolized” Nazis. He used the name “Lithium_Love” on other profiles, so you can expect to see talk of mental illness and psychotropic drugging. His MySpace profile contained IRA imagery, so they conclude he supported the IRA. Since one of his two MySpace friends was a Muslim who had posted jihadist imagery, some try to blame Islam. When Molyneux inevitably releases a video, he will surely point out that his parents were divorced. And of course, no violent crime can be committed without blaming the entire male gender.

Clearly, this list of ideations holds more than a few contradictions. Conservative Republicans don’t tend to favor National Socialism, execute Christians, or befriend jihadists. Black men don’t tend to favor white supremacy. The IRA is unlikely to be on board with a global Islamic Caliphate. People who despise organized religion rarely tend to favor Catholic militias. Arguments over which half of his racial identity committed the crime are just too stupid to take seriously, and the same can be said for blaming half the world’s population.

It would seem the world is taking Barack Obama’s advice to politicize the issue quite seriously. As we’re seeing, this has a nasty habit of distorting reality. That detachment from reality is ultimately what caused this shooting, and every other act of initiatory violence in human society throughout the entire history of mankind.

Perhaps the most telling part of Chris Harper Mercer’s entire online presence was his first blog post entitled “The material world is a lie,” an anti-propertarian nihilistic screed where he condemned fashion, technology, and wealth acquisition as halting our “spiritual development”. What Chris hated more than anything was the physical universe itself, and he wanted desperately to reside on a purely imagined higher plane of existence. Once one rejects this plane of existence, it is only a matter of time before they conclude there is only one exit, and that is death.

Chris lacked an identity. He was born in one country, and raised in another. He was of mixed race. He had no religion. His parents were divorced, and he had two last names as a result. Being raised by a single mother, he likely had little to speak of in terms of a family life. He didn’t want children of his own. He didn’t want to acquire property. He dabbled in various political ideations which were diametrically opposed to one another, and obviously conformed to none of them.

Of particular noteworthiness, was the 4chan board in which he posted the ominous warning of his shooting, /r9k/. KnowYourMeme.com describes the board as a place for people “who regret their life decisions and hold anger and disdain over males with active social and sexual lives. It also contains constant discussions about relationships with females and family. Despite all of this, the board holds heavy pride in its own nature, with heavy hate over normies or ‘Normalfags’ who do not understand their culture as well as constant calls for a ‘Beta Uprising’” (So much for blaming “toxic masculinity”, McIntosch).

He lacked, or purposely rejected, everything the rest of the world uses to form a worldview and sense of self. Normalcy and success were not things to achieve, but to be derided, mocked, and ultimately destroyed in a “beta uprising” where the failures of the world violently strike back against the targets of their envy, driving the entire species to its extinction in their final act of revenge on reality itself, for dooming them to a life of pitiful nothingness.

If the reason for the shooting seems elusive, that is only because the shooting was caused by a rejection of reason itself. Like every communist uprising, religious war, and problem-reaction-solution statist power grab, it was a revolt against the realities of the universe. Chris Harper Mercer hated his life, but lacking a self to blame, he declared war on reality. Like everyone who dares to do so, he lost that war, but not before taking innocent people down with him.

People like Chris are everywhere, and unfortunately most of them lack the common decency to end their own lives. Rather than shoot up schools and go out in a blaze of glory, they pack themselves into voting booths on a regular schedule to engineer the beta uprising by way of the State. Their war on reality is just getting started, and before they are through, Chris Harper Mercer will look like a downright decent guy by comparison. Ten dead students is nothing compared to subsidized sterility, eternal global warfare, intergenerational debt, and the abolition of economic success. The ideology of Chris Harper Mercer was one of frenzied celebratory destruction, a race toward non-existence, and it is far more popular than most people would like to admit.