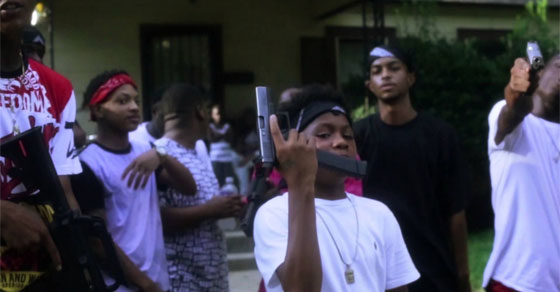 Even as a staunch gun enthusiast and opponent of any and all gun regulations, I have to admit it. America has a very serious problem with gun violence. 11,208 of the 16,121 homicides committed in 2013 were committed using firearms, according to the CDC. That is a rather glaring figure which gun control advocates understandably find difficult to ignore.

Much talk has been made of “common sense” gun safety laws, and perhaps obviously, what counts as common sense depends on who you talk to. Much of the rhetoric has surrounded bans on “assault weapons” and “high capacity magazines” but in reality, of the 8,855 gun murders recorded in 2012 – a staggering 6,371 were carried out with handguns, according to FBI data. This happened despite all but seven US states requiring a permit or license to carry a concealed weapon (this number was even lower in 2012).

With this in mind, it is silly to talk about restrictions on what types of firearms people can or cannot have. If we are going to say that firearms are the problem, then it makes no sense to focus on the weapons least frequently used in murders. Mass shootings make headlines and everybody cries “for the children,” but the fact of the matter is thousands of people are dying at the hands of the most basic weapons available. If we’re going to focus on guns, let’s focus on them in a realistic way.

Now, if government serves any legitimate purpose at all – that purpose ought to be to protect us from criminal violence. It should do so in a way that is minimally invasive, and maximally effective. It should provide the greatest good, to the greatest number. That’s what democracy is all about.

If we look up what cities have the highest murder rates in the United States, we rapidly notice a pattern developing.

According to the data from Neighborhood Scout, there were 156 murders in these four cities, with a total population of 215,997. That’s a murder rate of 72.22 per 100,000 people, second only to Honduras, the murder capital of the world.

The race pattern continues as we go on down the list, but I won’t bore you with all of those numbers. New Jersey and Illinois have very strict gun control laws, while Indiana and Pennsylvania have more relaxed controls, but haven’t gone full on constitutional carry. This dramatic variance in restrictions amongst the top four murder rates in the country shows a higher correlation for race than it does for gun control.

Nationwide black people make up approximately 13.2% of the population, yet they commit more than half of all murders in the United States, according to the FBI – and if you really think #BlackLivesMatter, it’s worth pointing out that most of the time they are killing other blacks.

Nearly 90% of all murders where the sex of the offender is known are male offenders, according to the FBI.

We can thus say, that black males are roughly 6.6% of the population, yet they are committing more than 50% of all the murders in the United States.

Gun control advocates like to point out that there are roughly 310 million privately owned firearms in the United States. “One for every man, woman, and child” is often touted.

This can also be seen throughout the world. Switzerland is just behind the US and Yemen in terms of private gun ownership per capita. Yet they have a per capita murder rate ranking 209 out of 218 countries. They are also almost entirely white.

Compare this to South Africa, with the 11th highest murder rate in the world. In South Africa, ownership of a firearm is conditional on a competency test and several other factors, including background checking of the applicant, inspection of an owner’s premises, and licensing of the weapon by the police introduced in July 2004. It can take up to 90 days to get a license. They also have the highest rapes per capita on Earth, as an aside.

So if you really want some “common sense gun safety laws”, I would suggest making it illegal for black males to own guns. It would be a minimally invasive policy, it would require no background checks, federal resources, complex forms, or electronic equipment. It would only impact 6.6% of the population, but (by the logic of gun control advocates) it could reduce the murder rate in the United States by as much as 35%.

And besides, (by the logic of gun control advocates) it isn’t as if you would be taking any fundamental right away from these magnanimous individuals. You would just be protecting them. Blacks kill each other far more often than police kill them, and people are burning cities to the ground over police violence.

In case it’s not painfully obvious by now, I’m not seriously advocating this as a policy. But the data here is real. So when your liberal friends spout off about what terrible people we are for “clinging” to our guns, feel free to point out that it would actually make a lot more sense to be flat out unapologetic racist.