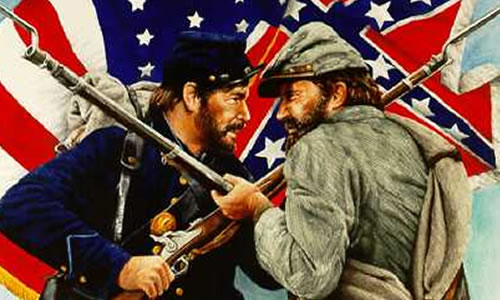 I heard about the statue in Durham, NC being taken down and I was asked if we should stage a demonstration there. I said to the person who asked, that I thought this was unwise. I am now hearing about a possible event in Kentucky, and being asked about this event, and I have the same feelings. I believe the alt-right should lay low and try to deescalate.

I know many will say that this is cowardly. Some will call me a cuck. “The left never deescalates! They are taking down the statues illegally and under cover of darkness! Don’t pussy out now!”

I remind you that I fought alongside you in Charlottesville. I might well go to jail over it, even though I only acted in defense of myself and others. I will fight alongside you again if given the opportunity. I am willing to risk life, limb, and liberty for my race and nation, but I do not want to lose anyone in vain.

In Charlottesville, we had hundreds of armed men, many wearing body armor. Though we were sprayed with Mace, urine, feces, and who knows what else, though we were hit with fists and clubs and bottles and rocks, we showed restraint and did not fire on the communist, “Alt-left,” Antifa, rioters. We showed extraordinary restraint out there. Even James Fields, who now sits in a Virginia jail on murder charges, acted only after he had been repeatedly assaulted and feared for his safety, to the best of my knowledge.

But the media has predictably painted this as a white supremacist terrorist attack, and attempted to blame our President for it. Even though we had the power to lay siege to the city, even though the only death was someone who blocked traffic during a riot, we are being treated like terrorists. I have had my Facebook, PayPal, MailChimp, and podcast stats accounts shut down. The Daily Stormer lost their domain name. The Right Stuff lost their hosting. The media is race baiting the public, making them think that any moment, Nazi armies will storm their cities and exterminate all non-whites, with no regard whatsoever for the truth.

Tell me, brothers. Do you think it is outside the realm of possibility, that some idiot will shoot at us in Kentucky? In North Carolina? In Boston? Do you think the communist propaganda media has not so radicalized one gun toting black gang member so much that he would take a shot at hundreds of armed white nationalists?

My fear is this. If someone shoots at our guys, it will start a war. Our men will fire back, and we will do far more damage than the communists have done to date. We will end many lives, before military and law enforcement move in on us and end ours. Riots will erupt from coast to coast. The political instability that will follow could endanger the presidency and the nation.

Many of our best people will be lost. Our movement will be set back irreparably. We will not accomplish our goals. Our race and nation will die and be scrubbed from the historical record.

Like I said during Episode 318 of the Radical Agenda, we are not ready for this conflict. Political violence is a game the right can’t win, yet. Prepare for violence, but you are not yet prepared.

People of importance within our movement have my cell phone number. They are welcome to contact me and convince me otherwise, and if I am so convinced, I will update this blog.

If you want to send me money, Bitcoin is the way to do it. We are being shut out of the financial system and it is getting difficult to rely on any centralized system.