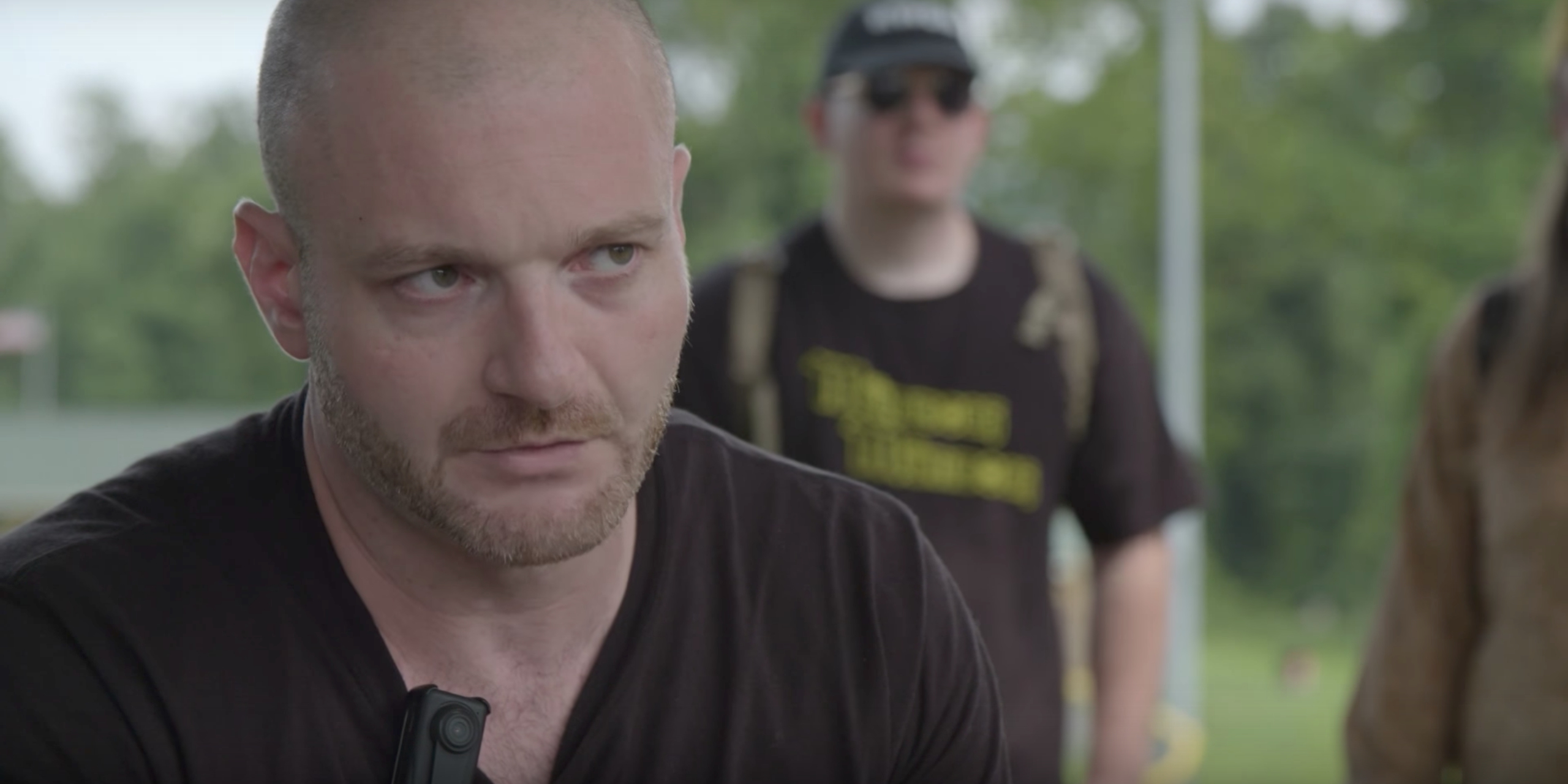 My name is Christopher Cantwell, perhaps you’ve heard of me. Some of you have followed me for years as I ran for the United States House of Representatives, made a brief foray into stand up comedy, co-hosted a nationally syndicated broadcast radio show, was featured on the Colbert Report, and filled the pages of this blog with text, audio, and video throughout the years. Many more of you may just recently have heard of me, either as the “Crying Nazi” or the soulless monster featured on Vice News, depending on what narrative the enemies of the white race were trying to lie to you about.

For the last 107 days I have paced back and forth, surrounded by concrete and steel in the Albemarle Charlottesville Regional Jail. My time in their custody was not served because I had committed, much less been convicted of a crime, mind you. I was held without bail for 107 days because left wing terrorists lied to magistrates and police, a fact that was proven in court on November 9th, when two of my three charges were dropped. I spent another 3+ weeks waiting for a new bail hearing. As I write this, I have a GPS monitor on my ankle which requires frequent charging. People want to kill me, but I’m forbidden from carrying a firearm to protect myself. So it’s a very good thing that very few people know where I am.

It would be inaccurate to say that I have not suffered from this politically motivated, malicious prosecution. Despite the courtesy and professionalism of the jail staff, I did not much enjoy the accommodations there, even if it only costed me $1/day. I was both surprised and quite touched at how much money I was able to raise for my defense, but that money has been spent about as fast as we’ve raised it, and my trial isn’t until February. Since my entire business model revolves around bad press, being unable to fully capitalize on the media attention that was drawn to me after the Vice News dramatization has costed me immeasurable amounts of lost revenue.

As the pages of this site can confirm however, the effort to silence me was most unsuccessful. As far as I am concerned, that is what matters most.

In case you haven’t been keeping up, I’ve been hosting a podcast called “Live from Seg” from the jail. I call my co-host, Jared Howe, he records the call, and uploads the recordings to my website. Now that I’m out, I can get back to the live, open phones format of the Radical Agenda, once I have all my equipment set up. This will take a few days, but not weeks.

This will be the worst thing that ever happened to Jews, and just like every other time they have earned the anger of the people they parasite from, they will be the ones who make it happen. If you want to lock me up, you should probably wait for me to break the law. I have not done that, and now that the narrative collapse is in full swing, I’ll be hosting the most entertaining alt right podcast on the web when the charges are dropped or I am found not guilty at trial, and national media goes insane over the news. I’ve spent the last 107 days reading everything I could get my hands on about the Jewish Question, and I am about to start transmitting that knowledge to the world.

You’ve banned me from Facebook, Instagram, Twitter, YouTube, iTunes, PayPal, and I don’t even know what else. You’ve assaulted me, threatened my life, and had me arrested on false charges. I’m still standing, and still speaking. Taller and louder than ever. If you want to stop me, you’ll have to follow through on those death threats, but ultimately that won’t even accomplish anything. Secrets are just too difficult to keep these days.