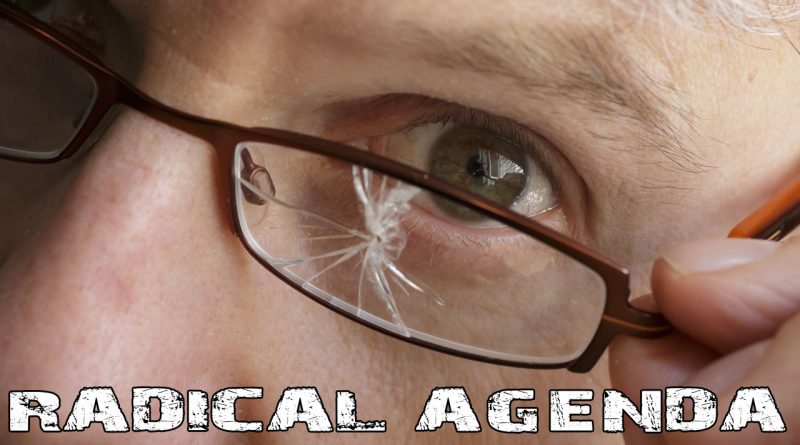 Here at the Radical Agenda, we’ve become accustomed to going against the grain, so to speak. Much like George Lincoln Rockwell, I’ve never really excelled at anything easy. If it isn’t a challenge, I lose interest quite rapidly and leave the task to lesser men.

In large part, this is what appealed to me about libertarianism. The government is easily the most powerful (visible) force in nearly all our lives, so fighting, restraining, and even abolishing it sounded like quite the thrilling pursuit. I chased this endeavor for years to no avail, before I found a more powerful, less visible force hiding in plain sight.

As it turns out, the government is nothing compared to the Jewish menace. I stood in open defiance against my own government for years, I publicly advocated for its violent overthrow and nobody really did anything to me. The moment I mentioned Jews I got banned from every major social media platform, dating site, and payment system on Earth. I was assaulted, smeared by the media, sued, thrown in jail on trumped up charges, and had a tracking device strapped to my ankle.

Yesterday, I was compelled to change the registrar for RadicalAgenda.com when Michael Hayden from Newsweek complained to GoDaddy about Stage 3 Episode 6 of the pogrom. In that episode, I was talking to Weev of the Daily Stormer about domain level censorship, and he uttered some commentary which could be interpreted as advocacy of violence. Though I, the host of the pogrom, plainly stated that this outcome was undesirable, I was accused of terrorism and compelled to change registrars.

I’ve since removed this content to avoid offense to my next host. More on that later…

At some point, you have to cave. Unfortunately, there occasionally comes a time when one must “live to fight another day” and bow to the pressure. Going full steam ahead at the enemy when you are weaker than him is not glorious or brave, it is suicidal and dumb.

So I get it, believe me, when people become concerned about the branding of the Alt Right. That is why I try to give our more respectable counterparts room to operate so long as they do not punch right. There are times when I wish I had more self control and a nuclear DeLorean, so I could go back in time and tell my younger self “Look, these guys are about to shove a handful of red pills down your throat! Play it cool, and you’ll be more effective.”

Sadly, I possess neither of these things. I’ve exposed myself as a knowing goyim, and for this crime the Jews will hunt me to the ends of the Earth. I see no way to go back.

But, do I do my race and nation a disservice by cramming red pills down all of your throats three days a week? Would we all be better off if I exercised greater discretion?

Ricky Vaughn, and a growing number of others, seem to think so. Once a top notch Twitter shitlord, Ricky now describes himself as a “Staunch Republican. American Nationalist. Supporter of President Donald J. Trump. Free Speech and Anti-Racism Activist.” He regularly makes mocking references to “wignats” on Gab.ai, thinks the Unite the Right rally was a total failure, and attempts to walk a blurry line between respectable and deplorable.

I have no idea what will happen, but I’ve invited Ricky on the show today to discuss his new strategy and what we all can learn from it. He’ll join us for the first hour, and I’ll take your calls in the second at 424-3-GO-NAZI or Radical Agenda on Skype.

So join us, this and every Friday, as well as Mondays and Wednesdays from 5-7pm Eastern for another exciting episode of the Radical Agenda. It’s a show about common sense extremism where we talk about radical, crazy, off the wall things like optics.

Catch the live video stream on GabTV or PewTube, or listen live using the radio player on this site.