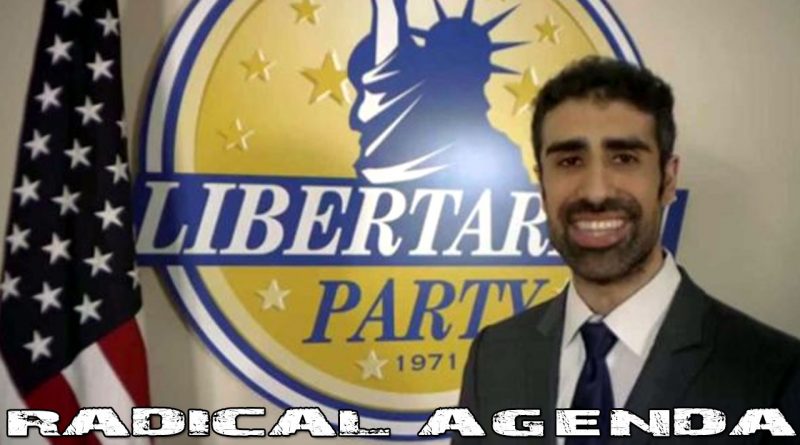 Here at the Radical Agenda, we’ve been kinda rough on our libertarian friends lately. It’s difficult not to with all that’s happening in the world these days, and the steadfast refusal of most of them to stand to the greatest threats against our freedom.

This is not to say they are completely useless. Hans Hoppe, Stefan Molyneux, Tom Woods, Lew Rockwell, Walter Block, and many other excellent people still consider themselves libertarians, and to varying degrees contribute a great deal of good to modern discourse. Difficult though it may be, we should try to be mindful of the fact that libertarianism is not communism, even if the libertarian movement has been hijacked by Leftists writ large.

We fascists must indeed bear a certain degree of responsibility for this, after all. Many of us were what made up the right wing of libertarianism, keeping the scales in some degree of balance. When we said “OK Fuck It! Nazi Time!” the seesaw fell leftward with a loud thump, and though we may have giggled at the shock this gave the likes of Cathy Reisenwitz and Jeffrey Tucker, we ultimately left the center to the rabid wolfpack of the Left.

Still though, some brave souls remain within our old movement. Arvin Vohra, Vice Chairperson of the Libertarian National Committee, and candidate for the United States Senate,  is one such soul. In the fight for the last eight years, and serving in his second term as Vice Chair, Arvin is no stranger to controversy.

Arvin came across my radar when a Jew named Blum blasted him for a racist, and linked to my blog in the process. Blum was outraged by some statements Arvin had made on Facebook, with such horrors to include;

“Taxation is theft. Racism is just an irrelevant opinion. #TaxationIsWorseThanRacism”

“Racism is bad. Statism is worse.”

“Should we [libertarians] welcome White Supremacists?”

“I’ll take a white supremacist who wants to tear down the welfare state over a government school teacher who wants to keep it.”

Now put down your torches and pitchforks folks. Arvin is no Nazi. In fact, those of you who have looked at the thumbnail for today’s show description may note that Arvin is not the whitest looking guest we’ve had on the pogrom. These are objectively libertarian statements, frankly quite devoid of the White supremacist narratives Jews like Blum attempt to assign to them. Yet of course, Libertarianism is mainly of interest to White folks for a reason. Merit works for us.

As Blum puts it;

Libertarianism, in the past and in the present, has a racism problem. One of the premier libertarian intellectuals, Murray Rothbard, wrote in support of Klan leader David Duke’s failed candidacy for Louisiana governor in 1992. Former congressman Ron Paul’s newsletters included many heinous remarks such as calling Martin Luther King Jr. a “world-class philanderer who beat up his paramours.” There is little evidence for much libertarian activity during the civil rights era, and many libertarians are not very supportive of federal anti-discrimination laws as demonstrated in a Libertarian Party presidential debate in 2016.

True, true, and true. White people rightly favored freedom because we benefited from it. When we invited others to share in the bounty, they sought to reap the rewards while eschewing the responsibilities, and here we find ourselves at a crossroads. Can we afford liberty anymore? Or must the iron fist of the State intervene to restore order, before we find ourselves, as William Pierce described Haiti in a “uniquely African combination of anarchy and despotism”?

Arvin Vohra joins us for the first hour.

Join us, this and every Monday, as well as Wednesdays and Fridays from 5-7pm Eastern for another exciting episode of the Radical Agenda. It’s a show about common sense extremism where we talk about radical, crazy, off the wall things like the merits of freedom.

There will be no video today. Only audio, you can listen on Radio Aryan.

I KNOW I SAID THIS LAST TIME, BUT THIS TIME I MEAN IT!
THIS WILL BE OUR FINAL EPISODE BROADCASTING ON RADIO ARYAN!

The players on this site will continue to play 24/7/365 as we move over to our own Radical Agendas Radio Network, but those of you who imported the Radio Aryan feeds directly to your streaming apps will have to update your streaming links when the change is made.

Intro Song: Guns N’ Roses – Get In The Ring

WE CAN ACCEPT CREDIT CARDS AGAIN!

This production is made possible by the financial support of listeners and readers like you. I literally cannot do this without you. Please consider signing up for a membership subscription to get access to the archives and exclusive bonus content. I also sell shirts, hats, mousepads, and other cool stuff. Or you can just fork over money by donating.