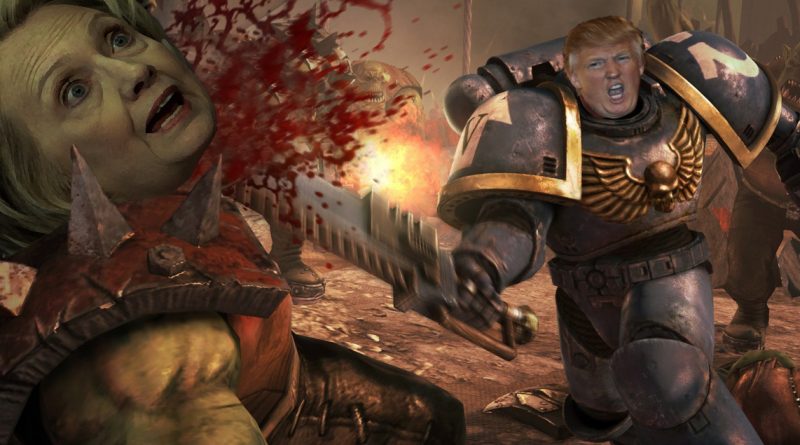 I write to you today from behind enemy lines, held captive by the People’s Democratic Republic of Virginia. I have been trapped here since last August, after being ambushed by the enemies of our country during an incursion into the Red Army territory of Charlottesville. Several others, such as Daniel Borden, Jacob Goodwin, James Fields, and Alex Ramos are still trapped in their cages, while I remain in a secret location with two tracking devices affixed to my ankles.

We are all prepared to take whatever comes, Sir. I know that I speak for all of these men when I say that we put our Nation before ourselves, and that it is our privilege to do so.

The only thing we ask of you Sir, is to make sure our suffering serves a worthwhile purpose.

As you know all to well, Mr. President, you were absolutely correct in condemning the violence of Antifa, or as you called them the “alt-left”. Though the enemy media may be loathed to acknowledge it, the terrorism of these groups existed well prior to your ascension, plagued your campaign, and has only gotten worse since we were compelled to defend ourselves last August.

Before your election, Sir, Black Lives Matter terrorized cities, burned down buildings, murdered police officers, and of course, one another. Illegal immigrants raped our women, murdered with great zeal, and poisoned our youth with their drugs. Radical Islamic Terrorists, entered our country with ease, and plotted the destruction of our society. Even your predecessor used every tool at his disposal to weaken us, sabotaged the ordered liberty characteristic of Western Civilization, reduced our standing on the world stage, and beyond draining our treasury, indebted our as yet unborn children as no prior despot had ever endeavored to do.

Put simply Mr. President, America had a desperate thirst for law and order, and an overwhelming hunger for strength. This, more than anything else, facilitated your ascendancy. Whatever our disagreements, know that I am part of a grateful nation who looks upon you each day with great reverence.

Though my ordeal in this place has been quite harrowing, Mr. President, I take solace in the fact that our countrymen are beginning to see our enemies for what they are. As radical anarchist Democrats threaten our immigration officers, block building entrances, and necessitate their physical removal, the Nation sees what our future would look like under their rule. Thanks to this Sir, a recent Rasmussen poll shows that 59% of likely voters fear violence from them, just as we so feared when we were compelled to defend ourselves last August. 31% even fear a civil war is on the horizon, a fate we may both hope to avoid, but that we must both stand ready for, should circumstances necessitate.

More immediately, and more happily, Mr. President, I am excited to report that recent polling suggests the GOP has little to fear going into the midterms. This polling, as you are surely aware Sir, is done by the enemy media, who predicted the landslide victory of Crooked Hillary less than two years ago. Adjusting for bias then, Mr. President, we may well be looking at a 60 vote majority in the Senate, and Republican control of enough state legislatures to pass constitutional amendments of our choosing.

I would not wish to downplay your greatness, Sir, but I must stress that it is just as much the sheer awfulness of our enemies which has facilitated this. The more they riot and celebrate degeneracy, the more the public comes to realize the true and terrifying scope of Leftist aims. The electorate had accepted, without question, the core superstitions of “equality” and environmentalism. They sacrificed enormously upon the altar of these false prophets, and would have surrendered themselves completely in a few more years if their “progress” had been just a tiny bit slower.

Thanks however to the reckless actions of your predecessor, the bombast of your candidacy, and our willingness to confront these monsters in the street, our rivals have tipped their hand too far. Now the public realizes that the choice is no longer Republican or Democrat, but Greatness or Death. Save for a handful of neocons, no Republican would dare stay home this November, much less support the communists. I suspect many Democrats would turn out, vote Republican in secret, then go back home to their liberal friends, and commiserate about our win.

To solidify this outcome, Mr. President, I beg of you to nominate to the Supreme Court in place of Justice Kennedy, the jurist who is most offensive to Leftist sensibilities. Not the most conservative, not the greatest mind, not the best track record, not the true strict constructionist, only the most offensive to our enemies. Someone with a judicial track record that screams out “people have a right to be born, not to be gay”, someone who fully recognizes the threat of communism, and will grant you limitless authority to stop it, then obstruct any future enemy administration worse than the 9th Circuit has attempted to obstruct you.

Whatever backlash there may be from fake Republicans who are beholden to the infanticide industry, whatever closet degenerates may be lurking within our party, these will be overwhelmingly offset by the spectacle of communist violence in our streets being supported by the likes of Maxine Waters, and the fools who staked their careers on illegal immigrants and transgenderism. All you have to do to obtain complete omnipotent power Sir, is to continue antagonizing these mental defectives, and the media will do the rest by trying to make heroes out of them.

When the public sees this, Mr. President, they will beg for your iron fist.

Thanks for your frequent mentions of my pogrom.