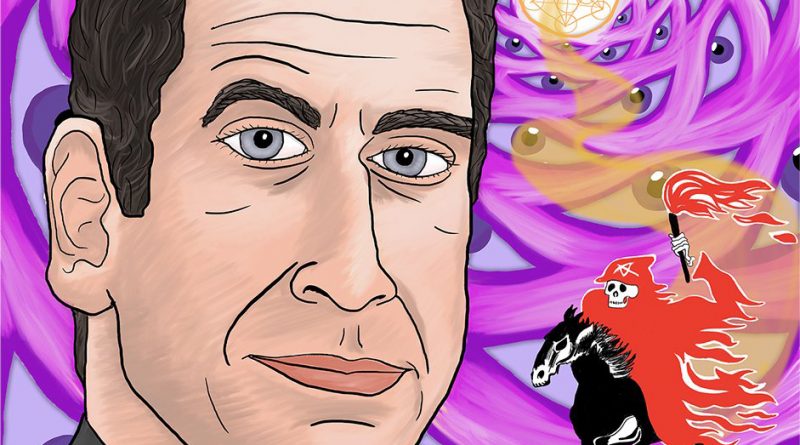 Sam Harris is a danger to humanity because he knows exactly the right “pace” to lull gullible whites back to sleep while simultaneously replacing them and destroying their culture. That’s why we see this new class of secular Jews and Jewish-collaborators–coined the ‘Intellectual Dark Web’ by the New York Times–rising up to challenge the social justice, victimhood-coalition left that moved from radical fringe to mainstream culture in the short span of Obama’s Presidency.

Whether it’s pushing back against radical jihadist Islamists or advocating for free speech, the actions of Sam and his fellow “classically liberal” skeptics can be summed up in two sweet words: controlled opposition. Trust me, these goons all want the same thing as the Progressive elite, they just want to steer a slightly different path to get there. Sam is smart enough to not talk about race in a way that alienates average middle-class white people. Heck, he’s even willing to speak with Charles Murray who wrote The Bell Curve, as long as his audience understands Murray’s finding should have no impact on public policy or public consciousness in any way. He likes to keep white people busy worrying about automation or determinism or drug-induced spirituality without mentioning the existential crisis facing Westerners at present due to mass immigration and multiculturalism.

People like Sam are the ones to look out for and set your targets (rhetorically) on. I hope the radical left continues to grow and push more whites to our camp, but if I’m right this Democratic base will implode and the skeptics (New Jews, Same As The Old Jews) will assume control over the Democratic Party, just as the alt-right morphs and hopefully gains control over the GOP in time to stop them.

Get ready, this is the Nationalist Scorecard for Sam Harris.

Give me shekels (recurring or one-time donation) — https://illustratedphilosophy.com/donate/