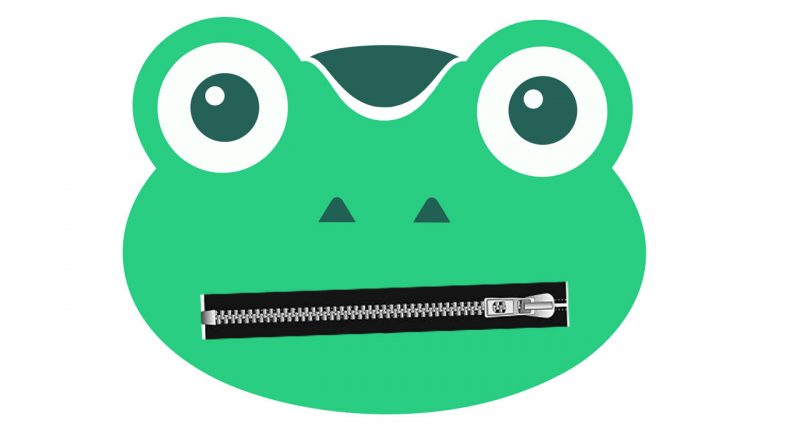 You might have heard that somebody with a Gab account decided that he had put up with enough Jewish bullshit, and decided to shoot up a synagogue. There are a lot of problems with that. This is what happens when people decide it is no longer worth the effort to talk. When people are trying to be heard, and dishonest people try to shut them up by force and intimidation, violence ensues. It is as predictable as the sunrise, and if you thought that was bad, it’s about to get worse.

There has been a great deal of effort to silence so called “racists” lately, and of course, the term “racist” itself has begun to encompass more and more people. It had been going on for awhile, but it hit a sort of turning point after the Unite the Right rally last year. There, communists rioted in the streets, attacking a permitted demonstration with weapons while police did nothing. After it was over, good men went to jail for defending themselves against those attacks. I was one of them.

If you don’t read this blog, or ones like it on a regular basis, you probably heard a very different story. We’ve been trying to tell people the truth about what happened out there, what really led up to it, and what happened in its wake. In response, we have been defamed, silenced, assaulted, framed for crimes, sued, and cut off from the financial system as we’ve made that effort. All the major social media platforms, all the major payment systems, even domain registrars, registries, hosting companies, and DDOS protection services have participated in this effort to prevent you from knowing the truth.

Some people are very, very angry about this. They have decided that it is no longer worth the effort to talk. They are deciding that violence is the only answer, and powerful people are working overtime to prove them right.

Other, not so powerful people, have been trying to keep the lines of communication open.

Exerting great effort, and at great personal expense, I have continued to host a live, uncensored, open phones talk show called the Radical Agenda, where literally anybody can call in and talk to me about anything in front of thousands of people. While the most powerful people in the world try to stop me, I continue to take calls from the public on a live and archived show, willing to discuss literally anything with anyone. At the beginning of every episode I play an audio clip from Jordan Peterson which says “You know what you call people you can’t talk to? Enemies! And if we want to divide our society into armed camps of enmity, then all we have to do is keep doing what we’re doing”.

The silence from our foes is deafening.

Gab.com, has built a “Free Speech” social network, where people can post anything that is legal to say. You can be a racist, or a communist, or a Jew, or an atheist, it does not matter. As long as you don’t make threats of violence, expose private information, infringe on copyright, or otherwise put the website in legal jeopardy, you can say anything you want there.

Like the Radical Agenda, Gab has been the target of powerful people.  At different times they have used different excuses, but ultimately these powerful people just cannot tolerate a world where the truth is told without their ability to control it. Yesterday, in the wake of the synagogue shooting in Pittsburgh, Gab made two announcements on Twitter, as the site became intermittently unavailable throughout the day.

PayPal cut off Gab from payment processing. This was as predictable as the sunrise, and I wonder how they were able to continue using it this long.

Then it was announced that their web hosting company, Joyent, was giving them until October 29th to get off of their network. Torba says this may have them offline for weeks. You may recall, Gab had a similar problem with Microsoft Azure, which caused them to move to Joyent in the first place.

If those of us who are trying to make these conversations possible fail, then you are going to see a lot more people decide that talking isn’t worth the effort anymore. Worse than this, they’ll be absolutely correct, and no honest person will be able to tell them otherwise.

But I am not giving up yet. I want political solutions to our problems, lawful ones, and though all government action carries some degree of a coercive element with it, we would prefer for those political changes to cause as little unhappiness and destruction as humanly possible.

So here are a few of the ways you can keep up with me and the Radical Agenda, when other lines of communication are interrupted by the people who don’t want to talk anymore.

Firstly, I wish you would sign up for my email list already. This is important, because it allows me to contact you directly. No matter what social media company or mailing list provider or webhost shuts me down, I will have that email address and be able to contact you through it no matter what happens to the rest of the Internet, so long as email is still working.

We have a forum on ChristopherCantwell.com. Create your account and start talking to other listeners today!

There is our Telegram group, if you use Telegram messenger you can join us there to chat in real time.

I had been locked out of my Minds.com profile since my phone number got reassigned while I was in jail. I had two factor authentication set up to secure my account, and the only way that works is for you to get an SMS at the number they have on file. They couldn’t help me get it back, but I did create a new one today, and you can find that here.

I’ve been uploading episodes of the show to BitChute, and Brighteon.

It isn’t just me, the Radical Agenda, and Gab under attack right now. Your very ability to say what you think and communicate with your people is in jeopardy. Besides the censorship issues, we are facing an unprecedented surveillance state. Just as frighteningly, there is a multinational corporate infrastructure working at times in league with the State, and at times in direct opposition to it, but always against us. It employs our worst foes, giving them access to our most sensitive information. To keep your communications functional and private, you must familiarize yourself with secure communications.

I will not go into great detail on this, but I’ll give you a short list of systems to familiarize yourself with.

The financial situation is putting our communications in greater jeopardy than the censorship. We cannot do any of this stuff without money, and the financial system as it stands is openly hostile to our goals. The highest echelons of the world financial infrastructure are openly and unapologetically political now, and we cannot rely on them to finance our operations. If our people do not figure out, and make good use of decentralized payment systems, we will definitely lose.

Minds.com put together a couple of helpful guides to buying Ethereum from Gemini and Coinbase. It is a nearly identical process to buy Bitcoin and other cryptocurrencies.

Atomic Wallet is a free multicoin cryptocurrency wallet. It is, to the best of my knowledge, the only multicoin wallet which supports the privacy oriented cryptocoin known as Monero. It also has a built in system to buy cryptocurrency using your bank card. They have this helpful guide to get you started that way.

Atomic Wallet guide to buying cryptocurrency with a bank card

Only fight when you can win

Hunter Wallace at Occidental Dissent, eloquently reminds us today that Violence is a Stupid Tactic.

I make no moral condemnations of violence per se, and when our men fall in battle we must honor their sacrifices. But the leadership crisis we presently face has left us with a situation where our warriors are being taken from us without any strategic value being gained from their sacrifices. We simply do not have the men and resources to sustain a conflict waged in that fashion.

The righteousness of our cause will not gain us any advantage against the foe we presently face. Our only hope of victory, and indeed the very survival which victory requires, is for us to be smarter, more patient, and more cautious than our rivals. Let them make mistakes, and let us capitalize on their strategic errors.

We all should be angry, and violently so. Any man who knows what we know, and does not thirst for the chance to settle the score should have his head, and perhaps his testosterone levels, examined. But we are outmanned, outgunned, underfunded, and surrounded. We have enough martyrs to mourn, and prisoners to support. This course is unsustainable, and we need time to lick our wounds, spread our message, and gather resources.

Accelerationism at this stage, will only lead us to defeat more quickly.