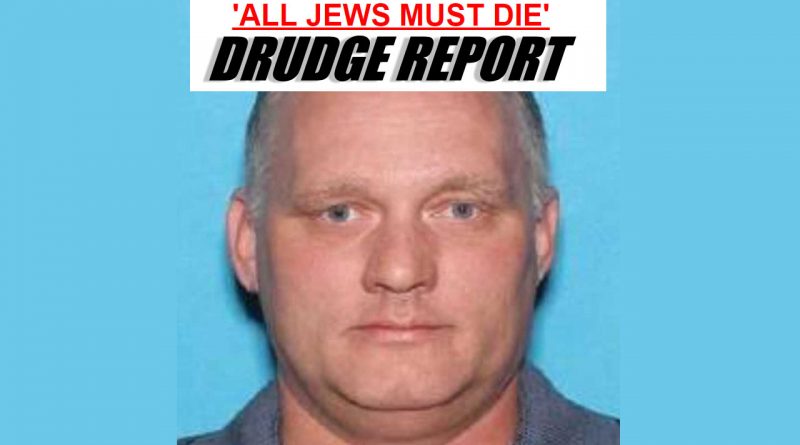 A video came across my radar last night from Jan Lamprecht of History Reviewed. If you’ve got a three digit IQ and good impulse control, it’s worth watching. On the other hand, if you feel like you’re on the edge of doing something stupid, which during these times, would be understandable, I would encourage you to hold off on watching it.

Jan, like many others, is displeased with people who have distanced themselves from the recent shooting at a synagogue in Pittsburgh. He rightly points out that far worse is being done to us daily, and from this concludes that walking into a house of worship, and opening fire on people who have no clue who you are or what you are upset about, is a worthwhile goal for good men to pursue. He describes their acts as “racial corrective action”.

I can understand that impulse. Over the years I’ve sung the praises of others who have thrown their lives away in pursuit of political and social change. Indeed I have contemplated adding my own name to such a list. In the course of human events, this becomes necessary at times, and history rightly shines upon the martyrs of successful causes. If good men are not willing to kill and die for truth and righteousness, then evil men will triumph through violence and deceit.

Want proof? Turn on the television.

I beg of the reader to keep this in mind as we go forward, because to understand what I am about to say, one must be certain of the origin. I am no pacifist, nor am I a coward. I have met the enemy in battle. I spent months in his cages. I regularly read off the names and inmate numbers of my former fellow inmates, who have not had the good fortune to join me outside the walls.

My sense of justice is so frequently offended by current events, that I find it a challenge to maintain my composure. Right now, James Fields, a man I briefly shared a cell block with, is on trial for a murder which he did not commit, but will almost certainly be convicted of anyway. People who know he is innocent, lie through their teeth and delight in his misery. I watch every day, as masked anarchists and black thugs, riot in the streets, destroy property, set fires, commit perjury, assault innocent people, frame good men for crimes, and are given a free pass to do so by a government I would otherwise rather support. Meanwhile, good men who I care deeply for, call me from jails and prisons which they find themselves in for the crime of defending themselves against this mayhem.

I find this state of affairs completely intolerable, and so I spend a great deal of time thinking about what I can do to set things right. When I find no definitive answers, I understand the mindset of men like Dylann Roof and Robert Bowers. I am not one who believes that “violence is never the answer”, but I do know that violence is what invariably ensues, when better answers are found to be lacking.

I also know that in other periods of my life I have likewise lacked answers to seemingly urgent questions. I have frequently felt, about many things, the sense that if such and such problem is not immediately solved, the world would surely end. As the years and decades have ticked by, I have been proven wrong in every single instance.

That is a valuable lesson which most adults eventually learn. Time likely inflicts more wounds than it heals, but it punishes those in cages and coffins more harshly than those fortunate enough to avoid them. Just because I do not see a solution today, does not mean that I will not see one in five years, and woe to my cause if I am not alive and free to receive and act on that yet to be found wisdom.

I sincerely hope that every man who listens to the sound of my voice takes his cause seriously enough to kill and die for it. I sincerely hope that if I called on them to do so, that they would answer. I have little doubt that if I went on the Radical Agenda and started praising the Pittsburgh shooting, I’d soon see the results plastered all over cable news.

Because of this, I try (and often fail) to be cautious when discussing violence. A man with the nerve to willingly give up his life in pursuit of our salvation is exceedingly valuable. Give such a man a bit of direction, the proper resources, and a shot at victory, and he might just be what tips the scales at a future time when answers are more forthcoming. If he is dead or in prison when that time arrives, then the scales might just tip in the other direction, and our prior certainties of imminent doom would finally come to fruition.

Any asshole can bleed or go to prison. Indeed there are times when this seems easier, and more desirable, than years of struggle with no clear path to success. Yet those of us who are genuinely interested in creating a better future, best serve that purpose by maximizing our ability to impact that future.

Because Dylann Roof and Robert Bowers attacked non-combatants, in such fashion as to grant propaganda victories to our rivals, they will spend the rest of their lives in prison. A stay which will most likely be cut short only by their executions. Let us take a look at the ledger to see what this has costed our enemies, and what this has costed us.

Nine blacks and eleven elderly Jews are dead. Do any of you know their names? I don’t. I hear one of them was a state senator, but as best as I can tell, no political outcome was positively changed by eliminating this person. I could rattle off a very long list of very guilty people who deserve far worse than a bullet, but to the best of my knowledge, none of them were in either house of worship on either day. I highly doubt those people are missed by anyone other than their friends, relatives, and neighbors. I am confident that every scheming Jew prick with an axe to grind, delighted in hearing the news of each shooting, and got to work exploiting those deaths before the blood had dried.

I will agree with Jan, that we should not create nutcase conspiracy theories, and cast doubt upon the reality of their acts as “false flags” (though I confess this was my first thought, when I heard about Bowers). I’ll likewise agree that moral condemnation is equally unproductive. I also regularly express my support, for my former fellow inmates and others who have been wrongly imprisoned for defending themselves against the combatants who attack us. I am not writing this to virtue signal or gain the approval of authority figures.

But praising mass shooters who attack nameless non-combatants, and encouraging good men to do such things, which will certainly put an end to their ability to participate in the struggle, does not serve our purposes. It is a disservice to them, to us, and to future generations.

We have quite enough martyrs to mourn, and prisoners to support. Nobody doubts our capacity for violence. What we require now is the ability to be heard, and that goal is best served by free men with air in their lungs, working to circumvent the efforts to silence us.

Perhaps a time will arrive, when the best we can hope for is to hear of lone gunmen knocking off a few civilians as a reminder that we still exist, and possess the will to fight. Perhaps things in South Africa are nearing that point, and for this I can sympathize with Jan and his neighbors. But at least here in America, that state of affairs describes a dystopian future which we should all be working to avoid.

Those numbers are far more frightening to the Jews than any body count we could ever hope to inflict, and their frenzied efforts to silence us are reflections of that fear. In time, if we play our cards right, these realities will be reflected in our political outcomes, and I hope the men who helped to spread this knowledge, live to see the day.