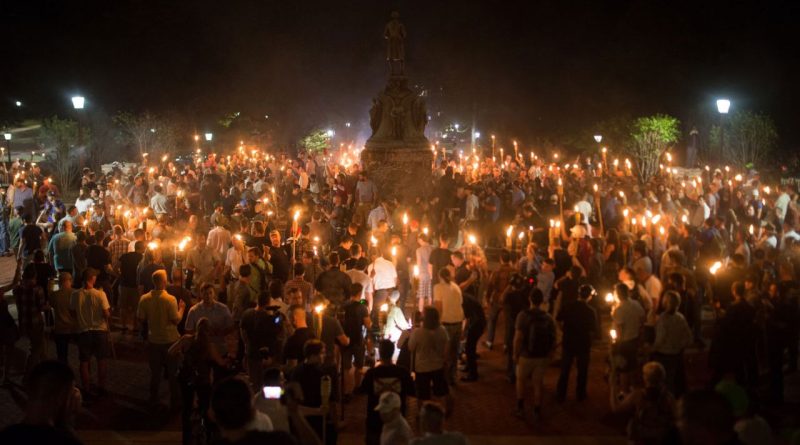 My Google News alert for White Nationalism brought to my attention a post at Reason Magazine by Robby Soave, about his testimony to the House subcommittee on civil rights and civil liberties. He was called as an expert on White Nationalism, in part due to his authorship of a book to be released next Month about the Alt Right, for which I was interviewed.

Soave brought some much needed cool headedness to the hearing.

He pointed out, for example, that often quoted FBI statistics on an uptick in hate crimes are based on misleading data.

While it’s important to be aware that there is still hate and violence in this country, some policy makers and media figures have seized on the idea that hate crimes are actually rising. The FBI reported 7,175 crimes in 2017 vs. 6,121 crimes in 2016, which represents a 17 percent increase. But it’s important to note that nearly a thousand additional municipalities submitted data to the federal government in 2017. This means the perceived increase in hate could partly be explained by the fact that we simply have more data. As the agencies involved in submitting data become more concerned with hate crimes, and more responsible about tallying them, the numbers will appear to be going up.

Bear in mind that the total number of hate crimes tallied by the FBI in 1996 was 8,759, from 11,000 agencies. In 2017, with 16,000 agencies reporting, the total was actually lower by 1,600. The overwhelming majority of municipalities reported zero hate crimes. Most incidents were classified as anti-black or anti-Jewish. Anti-Semitism is a foundational belief of white nationalists and the alt-right, and a recent uptick in anti-Jewish hate would not be surprising. But even here, the numbers do not necessarily support the idea of a full-blown crisis; a survey by the Anti-Defamation League, for instance, noted a 57 percent spike into anti-Semitic incidents in 2017, but this was partly due to a series of bomb threats made against Jewish institutions by a single troubled teenager who lived in Israel. Anti-Semitic violence had in fact declined by 47 percent. And while the following year included truly despicable acts of anti-Semitic violence—specifically the horrifying Tree of Life shooting, in which a white nationalist murdered 11 Jewish worshippers—the total number of anti-Semitic incidents in 2018 was 5 percent lower than 2017, according to the ADL.

On the other hand, I found a couple of his remarks troubling more troubling.

Firstly, he repeated the lie that James Fields murdered Heather Heyer. If one is going to portray himself as an expert on a subject, he should be better informed. James Fields had his home address plugged into his GPS, and he was trying to go home at the time leading up to the car wreck. Dwayne Dixon of Redneck Revolt admits to pointing an AR-15 rifle at Fields just before the crash. In the various videos of the crash, one can see James’s car attacked by numerous “counter protesters” or more accurately, communist terrorists, before he accelerates in an effort to escape them.

After the crash, video captures a young man pulling a pistol from the small of his back to go after James. [Redacted] wrote in the Guardian that he pulled his gun on James after the crash. His car was surrounded and seized upon by club wielding communists, and so he slammed it in reverse and sped away. This is important to understand, because Robby seems to take James’s conviction of murder, and subsequent guilty plea in federal court, as evidence of his actual guilt.

But if three different people drew guns on anyone else during a riot, and they were being attacked by club wielding communists, they would flee that scene with the utmost haste too, and yet James Fields was also convicted of leaving the scene of a crash. This I would hope tingles the reader’s spidy senses enough to get better informed.

James was threatened by violent criminals, he desperately tried to escape them, and in the process, a girl died. Unfortunate indeed, but no murder.

Yet, because his politics are demonized as evil incarnate, he was convicted of premeditated murder and whatever other nonsense the prosecutors attached, and sentenced to life plus 419 years. Facing that prospect, and threatened with the death penalty by the federal government, he pleaded guilty to avoid execution. Similarly to how I pleaded guilty to two misdemeanors in exchange for time served and a one way ticket out of Virginia, to avoid exposure to a felony at trial, even though I can prove 100% that the case was built on lies.

Robby was correct to state that these FBI statistics about upticks in White Nationalist violence are misleading to say the least, but he also notes, perhaps from a sense of obligation, that “it is an indisputable fact that white nationalism and white supremacy are pernicious ideologies with a long history of terrorizing communities of color.”

I can’t speak for all White Nationalists. I certainly have no desire to make common cause with Dylann Roof or Robert Bowers. But my “ideology” is that men should not be convicted of premeditated murder because they got in a car accident, especially not while fleeing from communists who have still not been prosecuted for any of the many crimes they have committed on video in broad daylight. When my country descends to a point where this is happening in full view of the public, and the House of Representatives starts holding hearings on the subject, and the “experts” they call as witnesses, seem blissfully unaware of this state of affairs, I understand why some men feel so hopeless, that they decide to throw their lives away on a senseless act of violence.

When we attempt to participate in the political process, but we are censored and shut out of the financial system, through exactly the sort of fake “free market” censorship Robby describes as “a decision that rests with the social media companies,” I understand how some reach the conclusion that the time for communication and commerce is behind us.

When we are imprisoned for defending ourselves against violent criminals, and not even the libertarians can bother to stand up for our self defense rights, I understand how some decide they might as well strike first. NAP be damned.

On the Radical Agenda, I have taken a pretty hard line against the “accelerationists” in White Nationalist circles. Their view is that we should do everything in our power to see that the Left gets their way, so they will create such vast misery and suffering that the broader White populace “wakes up” and joins our cause. From there, in the chaos of the breakdown of our civil order, death squads can go around putting down the problem populations, until order is restored. In this perspective, Whites emerge victorious, and assert their rightful place as the rulers of their lands.

In my view, this will bring a lot of needless death and suffering. Perhaps more importantly, it will upset our women, and we don’t want the gender ratio of our ethnostate to resemble that of a libertarian conference. I think the libertarians had the right idea with the Free State Project. Political migration and secession represent our best hope at salvation from imminent cataclysm.

Sadly, due to their ignorance of Robert Conquest’s second law of politics (Any organization not explicitly right-wing sooner or later becomes left-wing), they were dominated by leftists. This brought with it that signature selective racial blindness, which is necessary not to notice that homogenous White populations tend to produce tolerable governments, in contrast to the absolute hell that is empowered when non-Whites dominate an area. Telling indeed, that former FSP President Carla Gericke was an anti-apartheid activist in South Africa. After accomplishing her goals, and as the newly empowered blacks started murdering Whites, and edging toward communism politically, she fled to New Hampshire with the hopes of abolishing our government.

Should she succeed, one wonders what place she will aim to destroy next?

What becomes obvious to those of us who pursue such aims, is that we are not operating on a level playing field. The banking system, the mainstream media, the government, and even Internet service providers, all conspire with violent communist criminals to stop us by way of violence and deception. Good men go to prison for imagined crimes. Those who commit crimes against us are not prosecuted. We are villainized for speaking unpopular truths, and treated as terrorists for our thought crimes.

That sure does raise the difficulty level as I try to make the case for calm, sometimes.

So, should there ever come a day when there actually is an uptick in White Nationalist violence, it will follow on the heels of decades of efforts to assert ourselves peacefully, through the political process. When people conclude that this has no hope of succeeding, and the only alternative to war is to be subjugated by foreigners, they will choose war, and rightly so. When that happens, nobody will need nonsense fake FBI statistics, or lies from the Jewish Anti-Defamation League, to make the case for the White Nationalist threat.

By that time, the White Nationalist threat, will be the governing body.