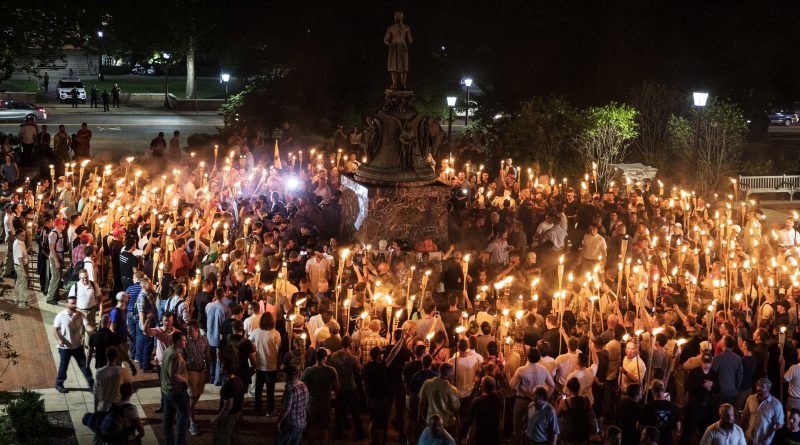 I was contacted recently by a foreign reporter who wanted to interview me about the state of the White Nationalist movement in the United States. Having taken my lumps from the press in recent years, I interrogated him a bit about his intentions. English is not his native language, and his material is mostly video, so online translation services are of minimal use, but he did have one written piece that he did, on Antifa.

The piece (which I am not linking to for now, but may after our interview) calmly, and without judgement, described visits with several pseudonymous Left wing militant groups who were training in either martial arts or firearms, with the explicitly stated purpose of doing unlawful violence against folks like me. As “the other side” of this nuanced depiction, a Left wing academic expressed concern for the image these groups gave to the broader political and ideological Left.

This “fair and balanced” portrayal, he said, ought to give me assurance that he had no agenda.

I replied roughly as follows, with minimal editing to make this suitable for publication.

I’ve got a lengthy description of concerns I’ll get into in just a moment, but to justify the expenditure of your time it will require to process it, I’ll begin by saying that I am willing to be interviewed by you without editorial preconditions. I understand that such guarantees would compromise a reporter’s integrity, and I would not wish for you, nor do I suspect you would grant to me, such a thing.

To protect myself, I would require my own, unedited recording of the conversation. I would prefer to reserve the right to publish that recording, but I would agree to withhold said publication until after your piece was published, so as to not put us into competition for the story.

With that out of the way, my concerns are as follows.

I’d go so far as to say you treated Antifa in a way that they would surely deem fair. Such calm, nuanced descriptions of violent criminals who attack their political opponents over words alone, seem frighteningly common these days, when it comes to the Left.

Imagine for a moment that you are me, reading that.

A group of violent criminals feels comfortable talking to a reporter about their weapons and combat training, which they engage in for the explicitly stated purpose of doing illegal violence to you and the people you care about. They can get away with this, because your own government quietly ignores their violent crimes, for political reasons. The only way to escape their enmity, is to hide in the shadows, or perhaps worse, renounce your very conception of the truth itself, and loudly voice your agreement with what you genuinely believe to be the most vile sort of lies imaginable.

Imagine you had already been attacked by that very group of criminals, defended yourself against their violence, and been wrongly prosecuted for it as though defending your own life were itself a crime. Imagine you were jailed for 107 days without a hearing for that reason, and at that hearing it was determined that most of the story was completely fabricated. So, you were allowed out of jail, but not to go home. For the next 8 months, you would have to stay in a strange place hundreds of miles from your own bed, with an electronic monitor on your ankle, while prosecutors decided how to salvage their reputations, lest they be seen as letting the “Nazi” off too easy.

The media was happy to tell the story of how you committed this heinous crime. Every station in the country, and indeed throughout the world, held you out as a monster who violently attacked innocent and virtuous people for no reason at all. You just “hate” that strongly, that you are driven to senseless acts of violence, they tell the public. When the story falls apart, no corrections are issued.

After you’ve been bankrupted, prosecutors say, “Confess to the crime you did not commit, and we’ll let you go home today on lesser charges, or you can stay confined against your will for another month, and take your chances with a jury who has been propagandized to believe you are the very definition of evil. Then, maybe then you go home, or maybe you spend the next 40 years in prison. Flip a coin, Nazi.”

You wisely accept their offer, and return to the comfort of your home, thinking your problems are over.

Then you realize that your problems, are just getting started.

Criminals feel emboldened to threaten your life without any fear of repercussion. They know you are afraid to defend yourself, for fear of prosecution. They know the government won’t prosecute them. The government declares your conception of the truth a terrorist threat. Banks refuse to do business with you. You cannot get a regular job because no employer would want to deal with the threats of violence and boycotts, which would necessarily follow your hiring.

While this is all going on, some group of powerful people raise $10 million for the explicit purpose of bankrupting you with civil lawsuits. Your lawyer wants $750/month to represent you, a bargain by any reasonable standard, but you can barely afford your rent. Bankruptcy will not solve this problem, because an often overlooked aspect of civil law, says the peculiar action taken against you cannot be discharged in such a way. Thus, if you lose or default on the lawsuit, these people will hound you until you die, taking everything you earn above mere subsistence, thereby enslaving you to the same criminals who caused you to fear for your life more than two years ago.

Women find you attractive. They admire your courage. They think you are smart, and funny, and would love to have sex with you, but it has to be kept a secret for fear of what would happen to them if word got out. Lacking in both physical safety and financial security, marriage and children are necessarily out of the question.

The threats and attacks get so serious, that you call law enforcement. They too, are terrified of being seen as helping you. If they are seen as sympathetic to your point of view in any way, their careers will be ruined. They take your report, assure you it will be handled in a routine and unbiased manner, but are conspicuously tight lipped about the progress of their investigation, for months, while the threats keep coming.

Word gets out that you talked to the cops, and half the people who had admired your bravery through all this adversity, call you a “snitch”. They set out to remove what few support structures you had left in life, intent on hammering the final nails into your coffin.

That is the reality that I live every day. So hopefully you can understand if I do not think your coverage of Antifa was very fair at all. The people who did all of this to me, have the nerve to call me their oppressor, and no journalist with a reputation to protect, dare say otherwise.

In my experience, our side gets the opposite treatment. Try though we may to distance ourselves from violence, we are portrayed as monsters, and subsequently hunted down by what would otherwise seem an odd coalition of criminals, State, and Press.

Something tells me that if my associates and I were openly stating that we intended to attack our political rivals over mere ideas, without a clear and immediate threat to our safety, we could expect to be portrayed using far more descriptive terms. Terms which carried much clearer moral implications. As the “other side” of the “fair” portrayal, instead of some figure sympathetic to our goals, who disagreed only with our tactics, the opposition quote would be from a mortal enemy. Somebody at the Anti-Defamation League, or Southern Poverty Law Center, for example, who would make a point to call us genocidal villains and liars with nothing resembling legitimacy.

To do anything less, in a lot of cases, could get a guy fired, or worse. Somebody at the New York Times did a piece on one of my associates two years ago, which took a similarly non-judgemental approach to him as the piece you just sent me did with Antifa.

He was relentlessly attacked for “normalizing White Supremacy”. People wanted him to get fired, but he was fortunate to be a veteran columnist at the “paper of record”. He was thus able to get off with some comparatively minor repentance, but he learned never to make that mistake again.

I don’t know how vigorously they are prosecuted, but I know your country has hate speech laws. You or your firm could literally be sued or prosecuted if you communicated my ideas publicly and favorably. So I know for a fact in advance, that you will not be doing that.

But I am going to speak to you anyway.

I am driven by the genuine belief that I am doing the right thing. Not that I am convinced that I am somehow better than anyone else. Quite the contrary, actually. I rather begin from a position of utter humility, and spend my days seeking redemption through what I perceive to be good deeds. I thus consider this suffering I have just described, similarly to how a deeply religious person might consider it his duty to his God that he hold true to the faith, in the face of persecution.

But I don’t believe in God, and take no comfort in the rewards of an afterlife.

I am on a wholly thankless, earthly mission, trying to benefit people who will, for the most part, either hate me or never know my name. I do this because I genuinely fear that if I do not, people far more innocent than I, will suffer far worse than the horror story I’ve just described, as a matter of normal, everyday, life.

That is literally what I believe is at stake here. So, no matter how wrong one may perceive me to be, no matter how unpopular I am, it is the height of ignorance, arrogance, malice, and dishonesty, to dismiss what I do as mere “hate”.

If you can capture a fraction of what I’ve just described, I’ll consider you to have done me justice.

If you would like to donate cryptocurrency, I’ll be grateful.