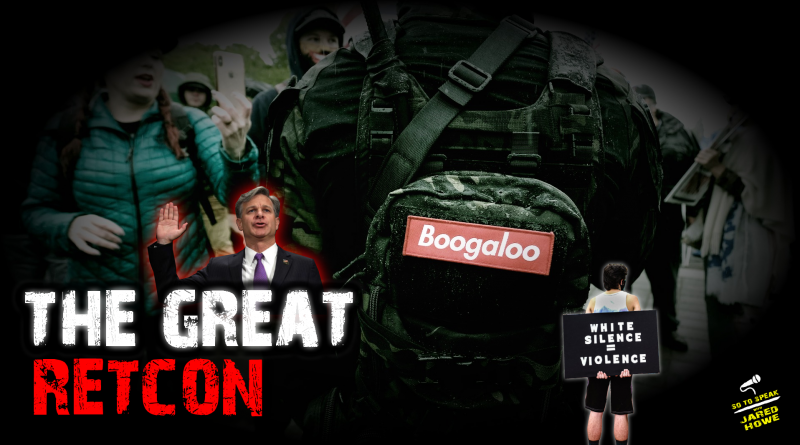 That’s the rule of thumb I would personally apply to the so-called “Boogaloo movement” — an Antifa-adjacent phenomenon comprised of mentally ill leftists who stand behind Antifa, BLM, and the LGBTQPed community.  However, their stated solidarity with the radical left hasn’t stopped the media from seizing upon the “Boog bois” as a convenient means by which to project responsibility for leftist violence onto the right. Because after all, if you can’t find any ACTUAL right-wing extremists to blame for the last six months of riots, you can just meme them into existence.

Repeat a lie often enough and all that jazz.

So who you gonna believe, goy? The media establishment that classified the last six months of riots as “mostly peaceful protests”, or your lying eyes?

For today’s episode, we’re going to do a bit of a deep dive into a few anecdotal examples of these boogtards to demonstrate the degree of media spin required to cast them as anything even remotely approaching right-wing.