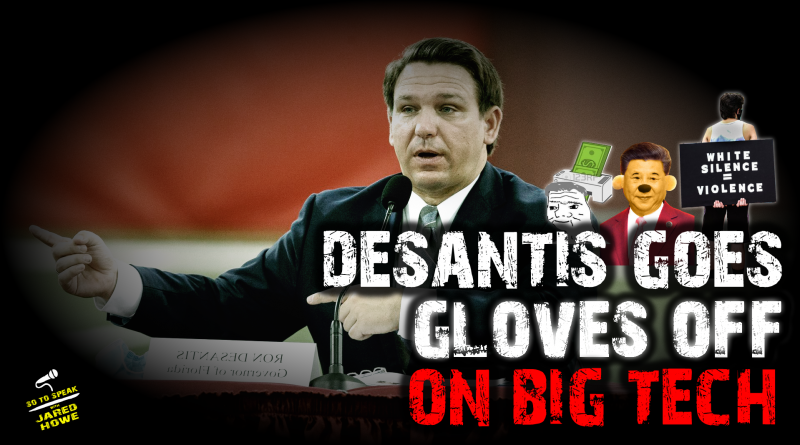 Someone had to do it.

Governor DeSantis of Florida has become the first Republican in the nation to impose fines and penalties on companies like Facebook, Twitter, and Google for a broad range of political censorship methods, up to and including manipulation of algorithms.

Also: The Lincoln Project grooming scandal keeps getting worse and worse, yet the media still maintains that it’s worse to criticize homosexual pedophiles than it is to be one. That’s why, they tell us, we should designate Q Anon soccer moms as the top terror threat to America.