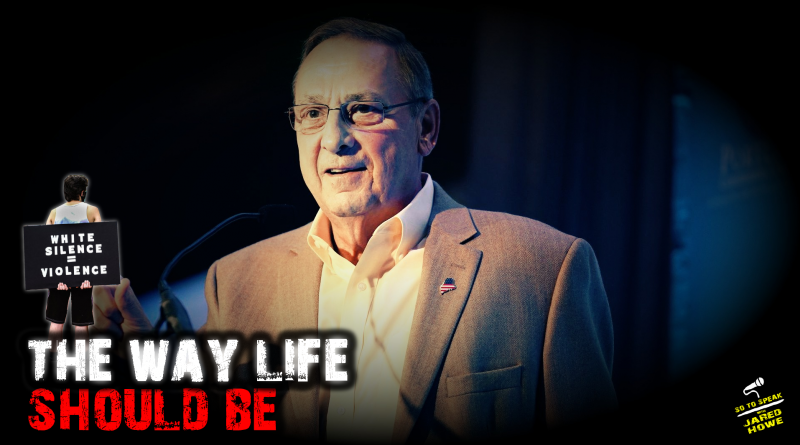 If you conduct a political campaign to dump helicopter cash on non-whites in the name of “equity”, no one bats an eye. If you defend white people against the left’s anti-white extremism, leftists lose their fucking minds.

It’s not that the left isn’t attacking whites. After all, they’ll attack you simply for defending whites. It’s that you’re not allowed to have a problem with the left’s attack on whites. If you don’t grin and bear it as they displace and dehumanize you, you’re automatically a white supremacist and a tin foil hat Q Anon person.

They conspiracy theorize about you while accusing you of conspiracy theories. This isn’t surprising given that they always project, but as the momentum behind their anti-white blood libel builds, majority white places like Maine will be increasingly targeted for forced demographic change.