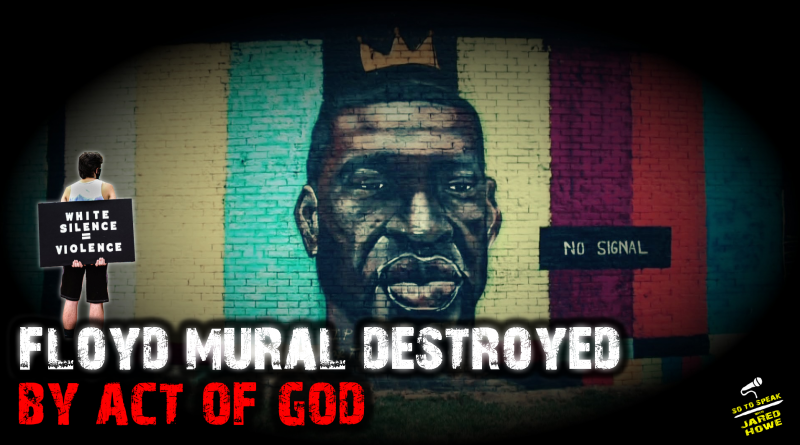 In what can only be described as a miracle, the George Floyd mural in Toledo, Ohio was destroyed yesterday after it was struck by lightning, which reduced the brick wall on which it was painted to rubble. This is in stark contrast to the death of Floyd himself, who was struck down by himself after swallowing a fist full of fentanyl, as we all know.

The city plans on reconstructing the mural at a different location. But for now, Toledo looks at least a little better, if only for a little while.

Speaking of highly politicized events that the media lies through its teeth about, we’ve also got the latest news on election fraud and the events of January 6th.