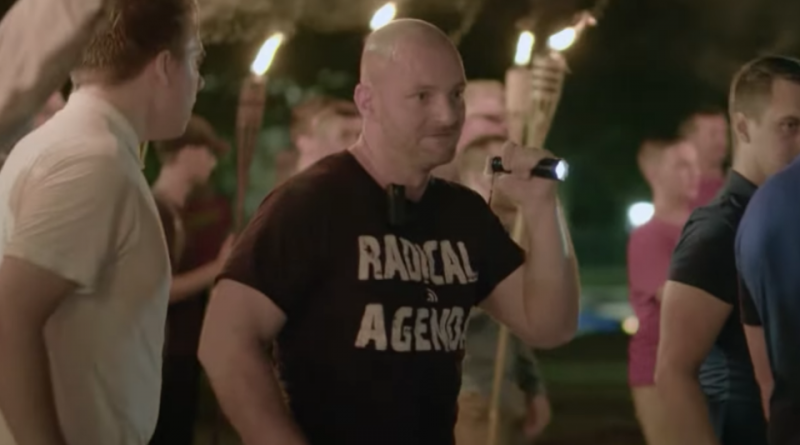 It’s been such a long time since I have been able to sit down and compose an email. As you likely heard if you’ve been listening to So To Speak, after my arrest in January of 2020, I was held at the Strafford County jail in Dover, New Hampshire. I couldn’t even receive postal mail there. While I could send mail out, I find writing by hand for any length to be almost as unappealing as my terrible penmanship is to read.

I’m not sure who knows what at this point, so I figured I’d bring you up to speed.

I was federally charged with Extortionate Interstate Communications, Cyber Stalking, and Threatening to Injure Property or Reputation. If you had been keeping up with the Radical Agenda, you saw/heard a lot of what led up to that transpire on the air.

I had repeatedly sought the assistance of law enforcement with a group of troublemakers who had defaced my website, published my home address, doxed listeners in the chat room, impersonated me online, threatened my life, and generally spent an unbelievable amount of time and money trying to be a constant problem for me. They were committing crimes habitually, and the amount of resources invested in the operation combined with fact that law enforcement refused to do anything about it, left me with the impression that some if not all of them had to be working for the government.

Unfortunately, that nagging concern didn’t make the problem any easier to deal with. After 8 months of this lunacy, one of them made a thinly veiled threat against a former love interest of mine. I snapped back with a comment about having sex with his wife, and the Joint Terror Task Force twisted this into a rape threat with the “victim’s” assistance.

The Joint Terror Task Force is not so much a law enforcement agency as an espionage operation, and as it turns out, had opened a “Full Field Investigation” into me in October of 2018, which was the same time this troublesome group started their campaign against me. Right after Robert Bowers shot up the Tree of Life synagogue in Pittsburgh. The FBI claimed to have no idea that I was reporting crimes to law enforcement, even though they were reading my emails, had cameras in front of my house, were sending undercovers to talk to me, and had confidential human sources in my social orbit.

I could have pleaded out to a lesser charge and been out in November of 2020, but I had already made that mistake in Virginia. You’ll recall that I was very obviously framed in the Charlottesville case, but pled out to a couple of misdemeanors in exchange for an effective sentence of time served, and went home the same day after 11 months of hell. That mistake followed me into this case, and courts do not want to hear about your motive for pleading guilty. To contemplate a coerced plea agreement undermines their legitimacy, and these people care about their positions more than anything else.

I took it to trial, and was convicted on two of the three counts in September of 2020. With my criminal history and the offense level, my federal sentencing guidelines were 41-51 months. At my sentencing in February 2021, my public defenders asked for a sentence of time served, noting the mitigating factors of provocation, and the circumstances of my criminal history putting me just beyond the edge of the higher category in an arguably unfair way. The prosecution, who had just offered me an effective 10 months sentence, now sought 51 months, and argued that they could be seeking enhancements for more time. Punishment for trial…

The Judge ended up giving me the low end of the guidelines, and sentenced me to 41 months. In the Feds you do about 85% of your time, and that puts my release date in December of 2022.

In April of 2021 I was moved to a private correctional facility run by the Corrections Corporation of America. It was a terrifying hell hole. 160 men in a unit, 2 men to a cell, 4 phones to share. The staff basically didn’t want to be bothered, which certainly has its upsides, but here it resulted in gangs running the place. Drugs and weapons were normal there, and I got the distinct impression the staff had to be bringing the crap in.

Fortunately I didn’t have to stay there very long. At the beginning of June I got moved to the United States Penitentiary (USP) in Marion, Illinois.

If you don’t already know, a USP is a high security classification. Somebody with my criminal history and charges would normally be sent to a low security facility. I am not eligible for a “camp” which is “minimum security” because technically I’ve been convicted of a “crime of violence”, but then I saw that I had been shipped to a USP I was on the bus like “What the hell have I gotten into now?”

Once I got processed they explained that I had been designated to the “Communications Management Unit” – or CMU.

There’s a show called “America’s Book of Secrets – Special Edition” and one episode did a segment on the CMU. You should find it and watch it. The CMU was a Post-9/11 thing, which was originally shot down by Congress because it seemed discriminatory against Muslims. The Bureau of Prisons put it together anyway, and eventually they started putting “Balancers” – token white folks – into the unit to make it seem less discriminatory. Subsequently, they started adding “Persons of Inspiration”- which, I suspect you may agree – sounds a lot like political prisoners.

Roughly half my neighbors are named Mohammed. This makes it kind of awkward as I watch the bad news about Afghanistan unfold on TV. They are otherwise pretty easy to deal with, compared to blacks, of which there are few here, comparative to other correctional facilities.

I am limited to 2 phone calls a week, 15 minutes each, and they have to be scheduled in advance. An “analyst” listens in real time with the capacity to cut the call off if I say anything too edgy. They don’t work on Saturdays (oy vey!) so my calls have to be scheduled between Sunday and Friday. Unfortunately, these limits mean I have to be very selective about who I call and I have to make the most out of the time.

I have this “TRULINCS” electronic messaging system, on which I am composing this message. It costs me $0.05/minute to use, which is comparable to the cost of tablet time in Strafford. Unlike the Strafford tablet messenger, it costs people on the outside nothing to use. If you send me a letter with your name, phone number, postal address, and email address, we can communicate this way.

Unlike Strafford, I can also receive postal mail here, and I am happy to correspond with people. You can write to me at:

All of my postal and electronic written messages sent and received have to be screened by my “analyst” before I can receive them or before they go out. The people who run this place are more like spies than cops, and they are thus profoundly dishonest. If you write to me, please keep a log of when you sent me what in case the message doesn’t get delivered, and if you email me, put the time and date you sent the message in the message body.

The other “Balancers” and “Persons of Inspiration” here are pretty good company. We watch Tucker Carlson every weeknight together. I typically catch Fox & Friends in the morning.

I have a subscription to the Wall Street Journal, which I have really come to appreciate. I really do enjoy the mechanics of a newspaper. There’s the physical difference between the medium and an electronic device, turning the pages, folding it, that sort of thing, becomes almost like a puzzle. Then there’s the content itself. I had a subscription to the Washington Post when I was in the Charlottesville, and that was absolute trash. But I found it funny, and in its own way, sort of frighteningly informative, to know what was going through the minds of people who take that trash seriously. The Wall Street Journal, in comparison, is a quality publication. You can understand the much talked about war between the newsroom and the opinion section, since some stories, especially those mentioning climate change or election fraud, have left wing opinion casually inserted as facts from time to time, but for the most part I get the impression they still cling to this old fashioned sense of “just the facts” journalism, and I definitely feel better informed by the time I get done reading it.

The commissary here is a lot cheaper than Strafford. For example, a ramen noodle soup was $0.90 in Strafford, it’s $0.25 here. A 4oz bag of Maxwell House instant coffee was $6.75 there, it’s $2.95 here. There’s also a much better selection.

If you want to fund my commissary or send me books, I had Jared put a book list and information about my commissary account at https://ChristopherCantwell.net/donate

You can send me money using Western Union “Quick Collect”

By phone call 1-800-634-3422 and press option 2 or go online to www.WesternUnion.com and select “Quick Collect”. You can also do this in person with cash at any Western Union location.

You can also send a money order by mail to:

I have appealed my conviction, and that process is ongoing. I cannot say much about it right now, except to say that this is more than a mere formality. I have genuine issues to raise on appeal, and while I am careful not to put too much faith in the system these days, I have more than mere hope for a positive outcome.

So, all in all, things are going pretty well, for prison. I’d obviously rather not be here, but I am doing as well as can be expected. The support that all of you have shown me so far has been amazing, and I am very grateful. To those of you who sent money while I was at Strafford, I am sorry I didn’t get a chance to thank you. They never told me who was sending money, and I couldn’t get any mail. Here, if you sent me money, I’ll see the name associated with the payment, and I’ll be happy to receive your letter and send you a prompt reply.

I’ve got a lot to say, and I plan to write more in the near future.