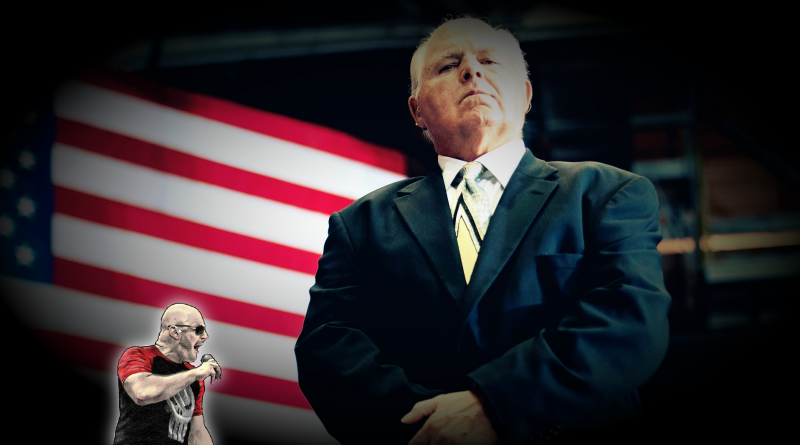 Following up on my prior messages on this topic, I thought I’d share with you some of the media influences which have influenced my shift in direction. Censorship, it turns out, works – depending on its aims and totality, that is.

When I was home, I made a point not to totally immerse myself in blogs and podcasts and other “alternative media”. I figured that by watching cable news, reading the Drudge Report, and listening to the SiriusXM Patriot channel, I could avoid falling completely into the trap of a radicalized echo chamber.

My social media experience limited the effectiveness of this, however. The censorship campaign waged against me by various arms of Democrat power, from the lawfare to the tech companies, to the MSM smear campaigns, and beyond, socially isolated me such that most of the people I interacted with were likewise censored or at least sympathetic to my situation.

I recall being asked by Vice News’s Elle Reeve what my media consumption was like. I told her “I watch Fox News, I read Drudge”. She said to me “But Drudge isn’t like ‘Oh, it’s the Jews!'”

Well, if you look hard enough, sure it is. At first you might need a browser plugin to spot it, but after awhile it’s like putting the glasses on in “They Live!” If you are talking about the news with your friends on Telegram and they are all pointing out the Jewish surnames and “crypto Jews” in the story, but there’s nobody around to offer a different take, then that becomes your frame of reference.

The other side of the censorship coin is illuminated by my stay at the Strafford County Jail. I could talk to whoever I wanted, so long as I had their phone number and they would accept the call, or they wanted to sign up for the GTL Messenger app to text with me on the tablets we had access to. But we could not receive books, newspapers, or letters from the outside. My media consumption was limited to whatever was on the radio/TV and books that were already in the facility or available on the tablet.

To illustrate the contrast, when I was locked up in Virginia, so many people sent me books that the property guy at the jail was getting pissed off at me. For all this talk about me being a “Nazi” I had never even read Mein Kampf before it showed up in my cell at the Albemarle Charlottesville Regional Jail. That was where I read “The Bell Curve” by Charles Murray, “Hitler’s Revolution” by Richard Tedor, “Culture of Critique” by Kevin MacDonald, and many other books that helped develop the worldview subsequently espoused on the Radical Agenda.

Upon my arrival at Strafford, I was in administrative segregation due to the controversy of the media coverage. I was locked down for 22 hours a day by myself, and the tablet provided by the jail was my primary source of entertainment. At first I was using the paid section, which costed $0.05/minute, but allowed me to watch Pluto TV and play games like Candy Crush and Jetpack Joyride. This came in handy as I watched the first annual impeachment of Donald J. Trump, but at $3/hour, the expense added up quickly.

As I tried to make due with the free section, I discovered the Bible Gateway app, which had many different audio bibles available to listen to. As a child, my mother made a substantial effort to raise my brother and I as good Catholic boys, but it didn’t take. I read the bible from cover to cover the first time I got locked up in New York in the year 2000, but I cannot say I retained a great deal of it. So, as I sat in this cell by myself trying not to go broke using otherwise free apps, I decided to try the “Dramatized” King James Version, which had mood appropriate background music and sound effects such as swords clashing when battle was being described.

The aforementioned free section of the tablets also contained an FM radio app, and I discovered two news/talk radio stations in the area. WQSO 96.7, and WTSN 98.1. On weekdays, WQSO carried A local show, New Hampshire Today, from 6-9am Eastern. Glenn Beck from 9- 11am. Rush Limbaugh from 12-3pm. Then Sean Hannity, Dave Ramsey, Ground Zero, and Coast to Coast.

WTSN’s morning lineup escapes my memory at this moment, but I know Howie Carr came on at 3pm Eastern, because I started listening to him instead of Hannity when I discovered it. The schedule shifted a bit during my stay, but by he time I left, Free Talk Live was on from 7-10pm Eastern, followed by Jim Bohannon from 10p-1a. Overnight they carried Red Eye Radio, which quickly became my reason for staying up late.

I had listened to conservative talk radio for years, but I never listened to Rush Limbaugh much because he wasn’t on satellite. I had gotten a SiriusXM subscription because I liked the Opie and Anthony show, and it was from there that I discovered the SiriusXM Patriot Channel, whose lineup included Mike Church, Glenn Beck, Andrew Wilkow, and Mark Levin.

During my time at Strafford, I came to understand why Limbaugh had become the phenomenon that he was. He had a voice that was perfect for the art form. He was doubtlessly a genius, and the power of his intellect was only outmatched by what Malcolm Gladwell would call “Social/Emotional Intelligence”.

What I admired most about Limbaugh was something I had also seen in Tucker Carlson. They both displayed an ability to give the listener a similar emotional impact to the sort of shock humor I had come to love about the Opie and Anthony show, without venturing into R-Rated language or explicitly invoking race or violence. That is, except to condemn the other side for their violence and racism, of course. It would be difficult to overstate the power I saw in this.

The inspiration for the Radical Agenda, many of you have heard me explain, was to cross the Opie & Anthony show with conservative talk. Glenn Beck starts every show off with an intro that says “What you are about to hear, is the fusion, of entertainment, and enlightenment.” I wanted to do precisely this, but with the O&A style of entertainment. Whatever the negative consequences down the road, I did it very well. But listening to Rush, I came to appreciate the art of subtlety much more.

In jail, the TV is very political, even if nothing political ever shows up on the screen. When a number of strangers are locked in a room together and told to share a television set, changing the channel is an exercise in political power. I got in numerous arguments, and one physical altercation over the TV during my time in Strafford, and spent a couple of weeks in the hole as a result.

The virus lockdowns worked out pretty good for me. The TV has an FM transmitter attached to it, so you can hear it from your cell, but in most units, the TV cannot be seen when you are in your cell. So, me being a radio guy, I was more than happy to just listen to the Fox News evening lineup. And since the lockdowns had only maybe 1-4 people out of their cells at a time, it was often easy enough to bribe guys with coffee or whatever to put Fox News on if they were out when I wanted to catch Tucker.

Books were easy enough to come by, but the selection was limited. This turned out to have some benefits, I’d come to conclude. When you cannot pick the book you want from the endless library of online retailers, you end up reading things you would not otherwise read, and in my case, it helped expand my horizons some.

Among the first books I came across at Strafford, were two of the most memorable. Both were about Buddhism. One was titled “Essential Buddhism” the other was “(The Practical Neuroscience of) Buddha’s Brain”. Essential Buddhism talked about Buddhist practices, history, and philosophy. Buddha’s Brain explored the supposed science behind the benefits of those practices.

I was hardly anxious to pick up a new religion, but the subject of “mindfulness” I found very useful to contemplate. I have lived most of my life not feeling very in control of my emotions. I long considered any attempt to be in such control to be a deceptive practice, to some extent. “I am pissed off, but I am pretending to be calm” sort of thing. My life has thus mostly been lived reacting to stimuli, and since a lot of that stimuli was profoundly unpleasant, I’ve come to be a pretty high strung guy who has had his struggles with alcohol and other escapist behaviors. More to the point of this message, I spend a lot of time and energy trying to alter my environment to suit my emotional state.

Mindfulness, by contrast, asserts that you have a lot more control over your emotional state than your environment. In 12 step programs, they pray that God give us “the serenity to accept the things I cannot change, the courage to change the things I can, and the wisdom to know the difference”. I have been to a lot of 12 step meetings, but I’ve always focused more on the courage than the wisdom or the serenity. This has often resulted in me transgressing the threshold between courage and stupidity.

I’d later read the Meditations of Marcus Aurelius, and something titled “How To Be A Stoic”. Stoicism is not Buddhism, but they have a lot in common regarding how one is to face adversity.

A quote comes to mind which I will almost certainly get wrong, but I will paraphrase. I think it is from Ralph Waldo Emerson in “Self Reliance”, but I may be wrong about that too “He who knows so little about the human condition, as to try to improve his happiness by changing anything but his own disposition, will waste his efforts, and multiply the problems he seeks to solve”.

Spend enough time in a cage, and these things will become central to your existence even if you never pick up a book to learn why. You have little to no opportunity to alter your environment here. You can always make things worse, but rarely ever better. So the prisoner who manages his emotional state internally, and learns to put aside his differences with his neighbors, will at least manage to avoid making his situation worse by lashing out at immovable objects and unstoppable forces.

I have more to say on media influences, but I am running short of characters for this volume.