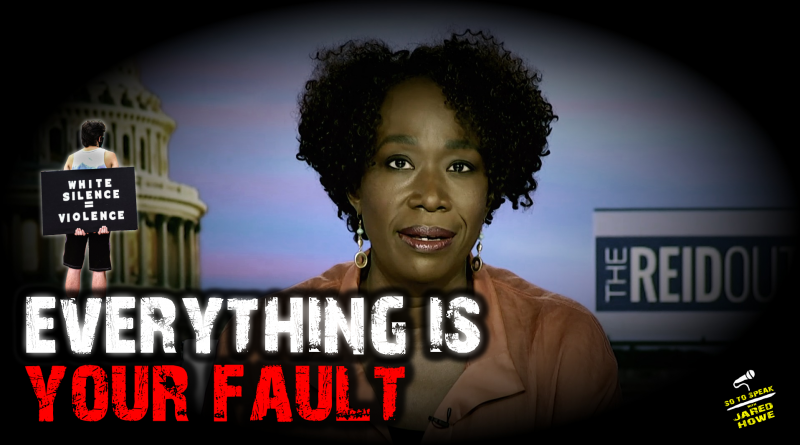 Joy Reid has emerged as what passes for a “thought leader” among the intersectional anti-white left because she brazenly dehumanizes white people without restraint. She does not hesitate to platform people who blame literally every problem in every country on white people.

As she and her guests recently explained, people prefer stories about missing white girls over missing black guys because of… systemic racism. It’s YOUR fault that Joy Reid only paid attention to the story about the missing white girl. It’s NOT because females naturally attract more attention than males do; it’s because white people in the media and the general population alike just don’t care about black people.

This, they explain, is likewise the cause of all suffering, everywhere in the world.