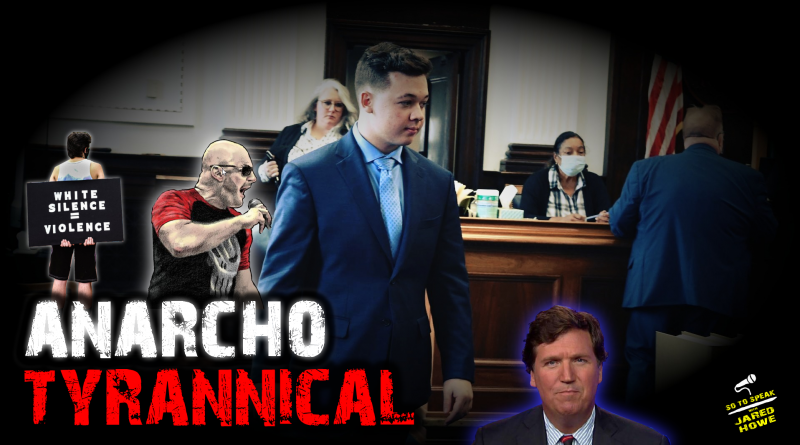 Apparently the parallels between the lawfare of January 6th, Unite the Right, and the Kenosha riots weren’t already obvious enough because CNN is now explicitly emphasizing them as a means by which to dehumanize half the country — all in the name of calling it a conspiracy theory to say half the country is being dehumanized.

To CNN, the problem isn’t that the government has established a pattern of entrapping and politically prosecuting people who defend themselves against black bloc Antifa mobs and agent provocateurs. To CNN, the problem is that people even dissent against the anti-white agenda in the first place.

The lawfare doesn’t bother CNN or its financiers; the targets of said lawfare do, as do the people who report on it honestly. This is also true of the left more broadly. For all the hysterical screaming they’ve done about fascism, anarcho-tyranny doesn’t really bother them as long as you’re the one under their boot.

To that end, there’s nothing they’d like more than to crush every last ruralite under the weight of lawfare, exactly as they’re trying to do to Kyle Rittenhouse, the J6 defendants, and the Unite the Right organizers in Charlottesville.

Speaking of which, Christopher Cantwell joins me for a thirty minute interview regarding the ongoing Sines v. Kessler civil suit (starts at timestamp 29:24.)