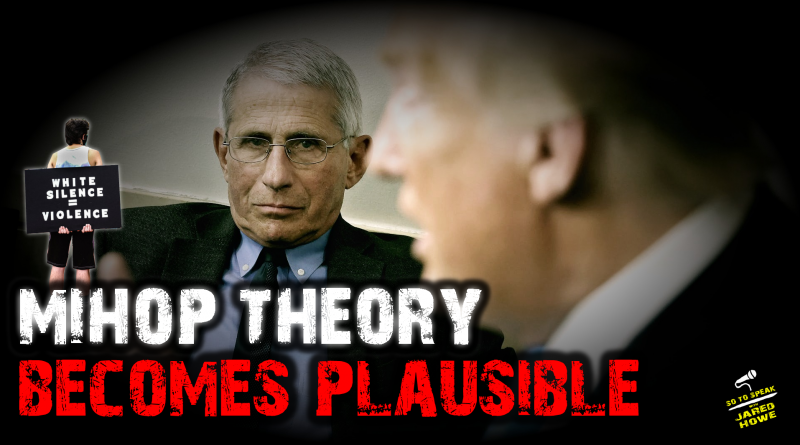 The MIHOP (Made It Happen On Purpose) theory of the pandemic has always been attractive given that it only benefited The Usual Suspects, but I don’t think we could have said that it was ENTIRELY plausible — until now.

Military documents released by Project Veritas show that the US Government under the direction of Anthony Fauci funded the creation of the virus in a joint partnership with China, and that they suppressed available treatments after its release — which at this point appears to have been intentional.