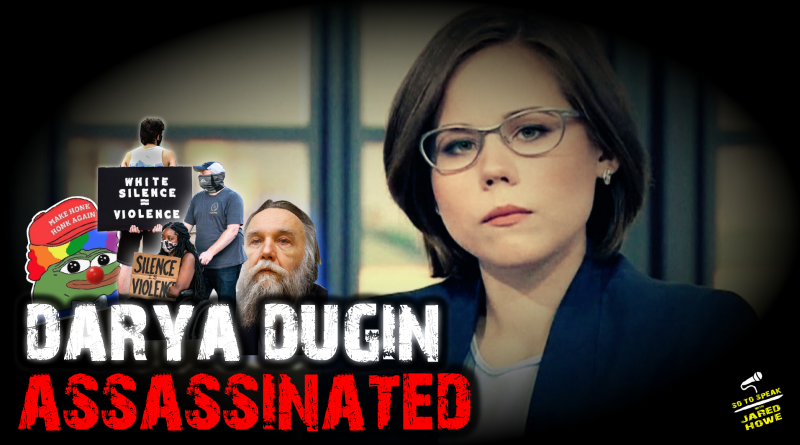 Anti-racist Russian television commentator and geopolitical analyst Darya Dugin was assassinated this weekend in what the Russian government is calling a “contract style killing.”

Dugin was the daughter of the notorious geopolitical strategist and estoerist Aleksandr Dugin, which makes her the Russian equivalent of someone like Mikah Brezinski.

There is literally not one shred of evidence to suggest who might be at fault for the attack, but that hasn’t stopped any of the usual suspects from lobbying accusations or calling for retaliation.