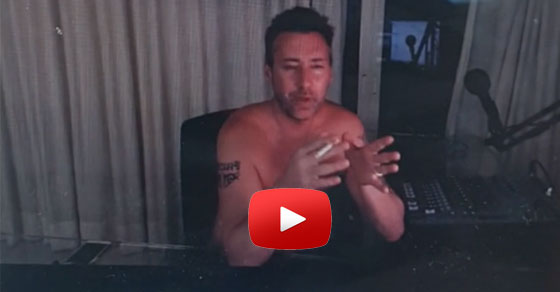 In a recent digest email from LewRockwell.com there was a post warning readers about passport scammers. In it, Mark Nestmann (who is also in the business of selling passports) makes vague references to a video exposing one of his unnamed competitors engaging in fraud. He makes references to a “Mexican ‘Program'” and says the fraudster is a Canadian citizen. No link to the video was provided, but I had suspected from the information provided this had something to do with Jeff Berwick, host of the Anarchast podcast, creator of “The Dollar Vigilante” blog, and organizer of an anarchist conference in Acapulco, Mexico called “Anarchapulco”. I just watched the video, and it is indeed, Jeff Berwick.

Full disclosure, I’ve got an axe to grind. Berwick had booked me as a speaker for the Anarchapulco conference next year. He cancelled me after speaking with Jeff Tucker. He then launched a poll asking who people would rather see at the conference, I won that poll with a 2:1 ratio over Tucker, and the second place answer was to have both of us at the conference. Berwick then announced that I wasn’t the “type of person” they wanted at the conference and canceled me anyway. In other words, he used my name to promote his event without any intention of actually having me there.

Axe or no axe, the video is pretty damning.

At the very least it is incontrovertible evidence of criminal activity in the sense of breaking government laws. Berwick openly talks about bribing corrupt government officials to obtain passports in time frames which are completely out of step with any established legal practice, ranging anywhere from 8 days to 6 weeks for a process that usually takes years. This spells potentially serious legal trouble for Berwick, as the video has been sent to numerous government agencies by his former colleagues in the Galt’s Gulch Chile project who accuse him of fraud in that endeavor as well.

I don’t have a problem with greasing the wheels of the corruption machine known as the State. If that is all Jeff did, then I would wish him the best of luck in escaping the grasp of any who might harm him for his efforts to make travel safer and easier for people throughout the world. The problem for libertarians arises through him taking payment from others to make these bribes under the auspices that services would be provided, when no such services have in fact been provided. In the video, Berwick makes a great many excuses, expresses he has been drinking heavily, and suicidal, and avoiding his clients who are now demanding refunds which the producer alleges exceed $2.5 million. He says he is incapable of giving the refunds, but assures the person recording that he’s not scamming anyone, and that he just needs more time. He also says he should be getting $100k from a “marijuana investment” in the near future.

Whether Jeff actually defrauded his clients, or he only stands guilty of bribing corrupt bureaucrats, the fact of the matter is the services are not being provided. This has not stopped Berwick from continuing to advertise these services on TDVImmigration.com. The best case scenario is a display of ineptitude so grand it makes the war in Iraq look like a smashing success for diplomacy. The worst case scenario is that Jeff has used his position as an anarchist media personality to gain the trust of his fellow libertarians and steal millions of dollars from them through fraud. Watch the video, and decide for yourself, but at this point you would have to be a fool to make any considerable investments with Jeff, because there is a very good possibility that he’ll be in prison well before you see any return.

On the bright side, since Berwick and Tucker appear to be such great pals, we can assume that many of Berwick’s gullible victims will be social justice warriors.

Update 06/08/2016 Jeff Berwick had Vimeo remove the original video. I’ve uploaded a backup to this server.