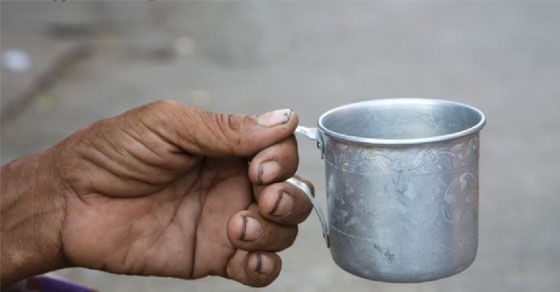 Since changing the signatures on my posts to “I am in desperate need of money. So if you appreciate the work I do, please consider donating, or advertising here.” I’ve gotten no shortage of comments acting as though I’ve somehow done something wrong. Unsurprisingly, these comments come primarily from people who would not support what I was doing here under any circumstances. Even if I were giving money away, instead of asking for it, social justice warriors, cop lovers, and other State supporting scum would always look for any reason to attack me. That’s just part of the game, and I expect it.

Recently, a writer of no distinction whatsoever published an article attacking me, Stefan Molyneux, and Adam Kokesh for soliciting donations. I haven’t read it. I’m not going to. I don’t think there’s much point in anybody else reading it. The article came from a lefty female who’s with the same birdshit outfit that gave us Cathy Reisenwitz. She doesn’t seem to have any problem putting a “donate” button on her site, even as she condemns others soliciting donations as “welfare queens”.

First the obvious… Calling someone a welfare queen for asking people to contribute voluntarily shows a complete and total lack of both intellectual integrity, and the most basic understanding of what the welfare State is. One takes by force, the other asks for support from people who would do so voluntarily. Thus, the title alone is enough to dismiss the author, but that doesn’t stop gossipy “movement” shitheads from spreading it around for the sake of bitching.

Human beings are born mostly to statist parents. Those parents put them into public schools, where they are indoctrinated for many years during the years they are most easily influenced. Turn on your television, pick up a newspaper, or really step outside your libertarian echo chamber for the briefest of moments, and you will find statist propaganda. Even if you primarily tune to sources who identify themselves as libertarian, there is no shortage of statist nonsense trying to pass itself off as libertarian.

The State has 24 hour TV news stations, talk radio, print media, and really every other medium imaginable at its disposal. An endless supply of money and influence to produce media that appeals to the perpetuation of their power.

If you would like to see that power challenged, peacefully or otherwise, somebody is going to have to mount a counter propaganda effort. That means creating text, audio, and video content that is compelling, entertaining, and informative. Good content requires time, talent, and effort. These things are far from free. Content producers need to be paid if they are going to produce quality content on any sort of regular basis.

Subscription fees mean only the people who have already paid can see the content. There’s nothing necessarily wrong with that, but it necessarily limits the reach of that content. People who aren’t all that interested in liberty are not exactly going to be anxious to shell out money to have their core belief system challenged.

Giving content away allows it to spread rapidly over social media and other avenues. That’s how I’m reaching hundreds of thousands of people with my content, that’s how Adam Kokesh and Stefan Molyneux are reaching millions. Subscription fees would cut this down to a fraction of what it is, significantly hindering our ability to reach people. It’s worth pointing out, that this is exactly what leftists would like to see happen to the likes of me and Molyneux. They don’t like us having influence, and they would like to see it limited.

Advertising has its ups and downs. On the upside, it pays, and just about anybody can get an AdSense or Commission Junction account and begin monetizing content immediately. It doesn’t necessarily require any talent in sales, just people interested in the content.

On the downside, it doesn’t pay very much. More and more people are running ad blocking software in their web browsers. Whether you are running pay per click, pay per impression, or affiliate ads, it doesn’t make much of a difference when people who view your content don’t see them. Even when they do see them, AdSense pays about $0.05/click once you start getting traffic. When I started running AdSense, before my blog was very popular, I saw some clicks pay me upwards of $1.00, now I get a lot more clicks, but it’s closer to $0.05 each.

It also influences content. If you want to get higher paying advertisers, then your content is going to have to appeal to their target audience. If those advertisers object to the content, they will either pull their ads, or threaten to if the offensive content is not removed. Even with low paying advertisers like AdSense, there’s always the risk that certain types of content can cause complaints and the loss of one’s account. We’ve seen numerous libertarian content producers banned from YouTube already, and with the increasing ferocity of the social justice warriors, we can expect to see this sort of thing happen more frequently in the future.

The dangers of corporate sponsorship should be entirely too easy to see. When Cathy Reisenwitz posted that she was leaving “the liberty movement” she thanked Charles Koch by name. American’s for Prosperity (another Koch Bros. outfit) has been spreading quite a bit of money around New Hampshire, which I suspect had something to do with my expulsion from the Free State Project. Peaceful Streets Project was applying for a grant for George Soros around the same time they started with their war on dirty words in Facebook. Same as with advertising, he who pays the fiddler picks the tune. If you allow some wealthy benefactor to decide what gets published, you should really keep in mind that wealthy benefactors are rarely anti-state.

That leaves donations. Simply providing the content consumer with the option to contribute what they see fit, to see the content continue to be produced. Why any libertarian would object to this model defies all logic.

The downside to soliciting donations is, it costs a little bit in the way of pride. Leaving a simple donate button on your website will attract the occasional contribution, but you’ve got to prod people a bit if you want to make the production efforts worthwhile, much more if you want to make a living this way.

I changed my signature because I really was in desperate need of money. Still am. I came to New Hampshire with a business plan that relied on an investor. That investor tried to stick me with somebody I didn’t feel safe working with, and so I had to pull out of the arrangement. This left me without the benefits of the arrangement that I planned my move to New Hampshire around. Sure enough, adding the “in desperate need of money” line to my signature drove multiple times more donations than the previous “if you appreciate my work” line. Had I not done that, I likely would have had to move back to New York and go back into IT instead of producing content.

Publicly announcing my financial problems doesn’t make me feel good, but dropping out of the fight, giving up my weapon, and paying taxes would make me feel worse. I’m lucky that there are generous people out there willing to support my work without receiving so much as a banner ad in return. It doesn’t provide me with a particularly luxurious standard of living, but that’s not what I joined the fight to obtain. I do what I do so that fewer people will ultimately suffer the injustices myself and others have suffered. If that means I’ve got to take myself down a peg and ask for some help, I’d say that’s a pretty good arrangement for everybody involved.

Besides, it’s not as if cop lovers and social justice warriors wouldn’t find something else to complain about.

I am in desperate need of money. So if you appreciate the work I do, please consider donating, or advertising here. If money is tight, I could also use some volunteers.