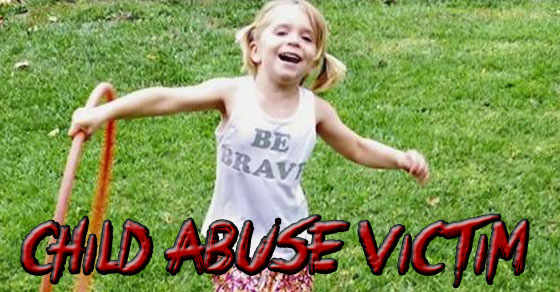 I remember when I was very young, a boy no older than 7 I figure, I went into my parent’s bedroom and began playing with my mother’s things. By the time I got caught, I was wearing lipstick, costume jewelry, and high heels. My parents screamed at me and sent me to my room. They told me I was a boy and should not be dressing up like a girl. I remember being very angry and sad about this.

My next door neighbors had a daughter a little older than me. I remember thinking she was so cool. She and her friends had these stick on earrings and they let me and my brother have some. This wasn’t even a thing about femininity, but rather I recall some of the 80’s bad guy characters on TV having their ears pierced and I thought it might make me look tough. But again, my parents said “You’re a boy, boys don’t wear earrings” and demanded I stop. I defied them, and they said “If you don’t stop, we’ll make you wear a dress to school and all the other boys will make fun of you”. I told them “I don’t care, I’ll wear a dress to school” at which point they confiscated the earrings and sent me to my room once again. Once again, I was very angry and very sad.

I sometimes envied girls. Most of my cousins were girls, and they had cooler toys than me. At the time I didn’t realize that this was because they had more money. I thought it would be cool if I could be a girl. But alas, I could not be a girl. Parental scoldings or none, I was sentenced to life in a male body.

It’s a good thing I was a child of the 80’s. While I certainly have my disagreements with how my parents handled a lot of things in my childhood and beyond, this was one of their better decisions. Boys need to be taught by their fathers how to be men. Girls need to be taught by their mothers how to be women. My father wasn’t the best of role models, but he taught me to work, he taught me that a man sometimes had to fight, he taught me that a man often had to put his emotions aside and do what was necessary. Today, I’m happy with my body. Not as happy as I was 15 years ago, but all things considered it has served me well. I am proud to be a man.

I dread the thought that a child today might do the same silly things I did as a child, and wind up like 3 year old “Jackie” whom I saw in a recent piece from NPR. “Jackie” begins life as a boy named Jack. One day Jack’s parents are dropping Jack’s sister off at school, and this happens.

“Jackie just looked really, really sad; sadder than a 3 1/2-year-old should look,” Carter says. “This weight that looked like it weighed more than she did, something she had to say and I didn’t know what that was.

“So I asked. I said, ‘Jackie, are you sad that you’re not going to school today?’ And Jackie was really quiet and put her head down and said ‘No, I’m sad because I’m a boy.’ ”

Carter was taken aback. Her youngest had been wearing her big sister’s dresses regularly and enjoyed donning pink boots. But this was new.

Carter wanted to confirm. “You’re really not happy being a boy?” she asked.

“I thought a little bit longer and I said, ‘Well, are you happy being you?’ And that made Jackie smile,” she says. “And I felt like for that moment, that was all that really mattered. That was ‘The Day.’ “

“The Day” referenced, is the day they decided to raise their son as their daughter. Just like that, a 3 year old says “I’m sad because I’m a boy” and his parents sentence him to a life as a transgendered person. Rather than tell Jack that being a boy was a good thing, rather than let him know society could not exist without men, rather than explain gender to Jack, deal with Jack’s sadness, or teach Jack how to be a man, these parents did what entirely too many parents do today, and placated him.

They bought him elastic hair bands and gave him ponytails. They, with the help of his pre-school teacher, began discussing what his female name would be. They, being the obviously less than creative people they are, decided to call Jack, Jackie. They bought Jack his own dresses, girl toys, and all the other things parents do when raising a girl.

Jack’s sister Chloe, she’s not so hot on the idea…

As Carter explains, her daughter Chloe is the only one in the family Jackie still allows to occasionally refer to her as “Jack,” as “he” and as “brother.”

“Chloe is very loving and protective and supportive,” she says. “But I think for Chloe, she still attaches this memory of her little brother, of Jack. And it’s right now hard for her to let that go. It’s that last piece she’s holding on to.”

The parents, well, they still hold onto the memory of their son as well.

“I myself have times when I miss my boy,” says James Christian. “And I look at the old clothes and the old pictures and I will miss Jack. And that’s probably never going to go away. That’s just going to take some time.”

Well James, if you think you miss your boy now, just you wait until he kills himself.

Transgenderism is a body dysmorphic disorder. A person, for whatever reason, feels uncomfortable in their own skin. You see similar things in anorexic people who are insanely thin, but have an irrational fear that they are obese. Telling Jack that he can be a girl, is like telling an anorexic that they are fat and should not eat. It is an abusive, sick, terrible, and depraved thing to do to a person if they are a stranger, and for a parent to do it to a child is arguably as bad as sexually molesting them. Child sexual abuse victims have a greater chance of leading a healthy life, than do transgendered people.

Transgendered people believe they are born into the wrong body. This concept should turn off atheists even more than it does religious people. I would not sit here and tell you that this is impossible because god does not make mistakes. I am telling you this is impossible because a person is their body, and for them to be born into the wrong one is a contradiction of terms.

In reality, they are born into a body, or an environment, which inflicts some type of trauma upon their mind. Their mind leads them to believe they are something which they are not. Healthy, well adjusted people, come to grips with the universe in which they live, and the physical realities of it. Sick people try to alter the world around them to comfort them in their delusions. Transgendered people take this delusion so far as to take opposite sex hormones, and have their genitals mutilated to more closely resemble those of the opposite sex.

But they never actually become the opposite sex, and the grim reality of that becomes ever more clear after they have irreversibly altered their bodies. Which explains why so many of them commit suicide after they have had surgery. Once they have exhausted all possible means to make their delusion reality, they realize the physical reality is inescapable, and they end their lives rather than continue in the oppression that is reality.

At the heart of the problem is confusion over the nature of the transgendered. “Sex change” is biologically impossible. People who undergo sex-reassignment surgery do not change from men to women or vice versa. Rather, they become feminized men or masculinized women. Claiming that this is civil-rights matter and encouraging surgical intervention is in reality to collaborate with and promote a mental disorder.

I find it appalling to think, that these simple realities being pointed out would cause so many to label one a bigoted hatemonger. “Transphobic” is a word that has been thrown at me more than once. I do not fear, or hate, those who suffer from transgenderism. No more than I fear or hate those who have lost a leg or an arm. I want to save them from the bottomless pit of nihilistic carelessness that is sending so many of them to their graves.

Men should be proud to be men, and women should be proud to be women. Both genders serve incredibly important and necessary purposes in society. Those purposes are different, they are unequal, and they are not always pleasant, but they have led us to become the undisputed ruling species of this planet. Those who would seek to undo this are the same ones who tell us that we should have fewer children because they blame “humanity” for the destruction of “nature” as if human beings were unnatural.

The promotion of transgenderism as some kind of civil rights cause that ought to be championed and paid for by government, is nothing short of a scheme to undo that which makes mankind the dominant species of the Earth. Gender is important, it is involuntary, and it is a positive and healthy feature of the human experience and our survival. The abolition of human gender is the abolition of the human race, I will stand in defiance against it until I am eaten by maggots, as should everyone who has even the slightest respect for humanity.

For writing something like this I will be labeled a bigot and chased from employment opportunities. This effort is made possible by donors like you. You can also help by shopping through my Amazon affiliate link. Without that support, this site will cease to exist.