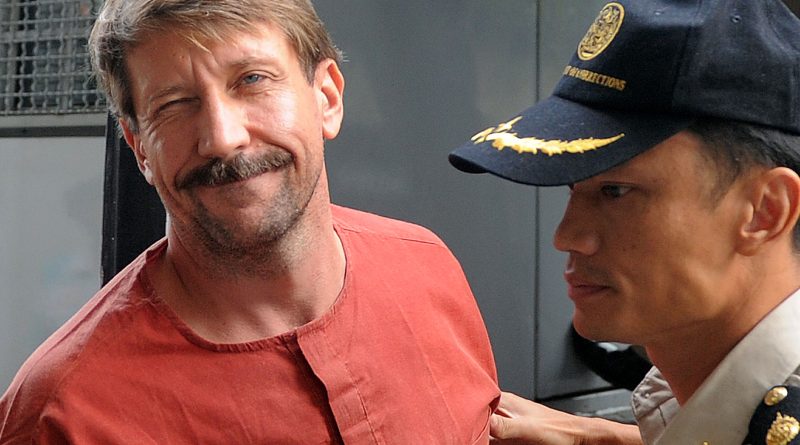 Today marks a release from the Federal Prison system more glorious than my own. Viktor Bout was my next door neighbor in the Communications Management Unit at USP Marion, but tonight he will sleep next to his wife for the first time in more than a decade. He will be home in time to see his daughter marry. He will be home in time to witness his country’s glorious victory over the Zelensky regime, and he will, I have no doubt, play some role in freeing the world from the tyranny of globalist liberalism.

If you pay attention to the news, you have likely already heard about Viktor Bout, whom the media have dubbed the “Merchant of Death”, and on whom a Nicholas Cage movie, “Lord of War” was loosely based. Viktor ran a shipping company, and for all this talk about him allegedly delivering weapons to various characters around the world, he was not charged for any of these deliveries because they were not illegal. Viktor was not sentenced to 25 years for delivering weapons to anybody. He was caught in a sting operation, with the same rats who set up our other CMU neighbor, another good man named Monzer al-Kassar. To call the setup that Viktor fell into entrapment would be to discredit entrapment. Even the Judge who sentenced him, Shira Scheindlin, knew it was bullshit.

Today he was returned to his home country and his freedom in a prisoner exchange for Brittany Griner. Griner is a black lesbian pothead who got caught smuggling drugs into a foreign country, and never denied doing so. Despite her confession and general lack of dispute as to facts, the Biden administration has insisted that Griner is “wrongfully detained”, discrediting the US government in the eyes of the world to aid and abet drug smuggling.

You have likely heard another name in the course of this coverage. Paul Whelan. Whelan denies being an American spy, but spies are not known for their honesty, and when American ex military show up in a foreign country with several extra passports, the honest observer is compelled to pardon the suspicion of the authorities.

When identity politics entered the conversation, that changed everything. The Biden administration was suddenly willing to trade Bout for Griner and Whelan together. When Russia insisted it was 1 for 1, the Biden regime forsook its spy, and pandered to its favored interest groups.

Let that be a lesson to you if you are thinking of aiding these crooks.

One need not say anything negative about Viktor to say that the Biden administration got taken to the cleaners on this trade, and though the cliche is worn out, just you try and imagine Trump had done this, what the media would say.

Viktor became a good friend to me during my time in the Communications Management Unit. He was receiving Russian newspapers and magazines from the Embassy, and he would translate them to me so I could know what American and British propaganda were hiding from us about the conflict in Ukraine, and life in the Russian Federation. He shared with me selected writings of V.I. Lenin, helped me to appreciate some nuance about the Stalin regime, and told me about life at the end of the Soviet Union. We watched Tucker Carlson every night, and formed something of a “News Cartel” to control the TV and stay apprised of world affairs.

As the media began buzzing at first about his possible prisoner swap, I told him “You have to get out before me, so I can tell the world the Biden administration was so afraid of me, that they released the Merchant of Death first!”.

I ended up being released just over two weeks before him. Making the story just slightly less interesting.

I understand that the conflict in Ukraine has been a subject of some controversy within the dissident Right in America. I do not favor the fighting per se, but I have no illusions about whose fault the fighting is. This was a NATO provocation of the Russian Federation, intentionally brought on by the Biden administration. Vladimir Putin is under no obligation to tolerate threats to his national security, and one can hardly blame world leaders for noticing that the Biden administration signals America’s accelerating decline.

I pray, and I mean this literally, not as a metaphor, that America can get its act together and make peace with a strong and stable Russian Federation. China is not interested in multipolarity, but in a Chinese led unipolar world order that will rival America in its brutality and deceptiveness without any of the good intentions. An American Russian alliance is the means by which this outcome is prevented, and it can only be accomplished if the US Government treats the Russian Federation with the respect it deserves as a peer nation.

Join me to pray for this outcome, for I dare not commit the alternative to writing.

God Bless you and your family Viktor. Thank you for your friendship.