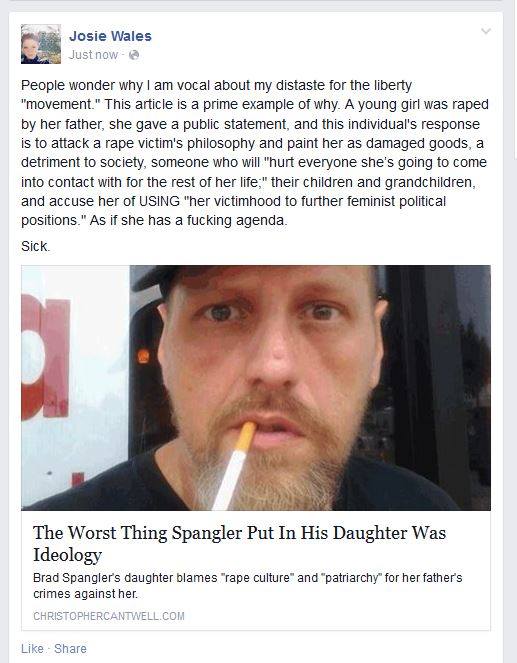 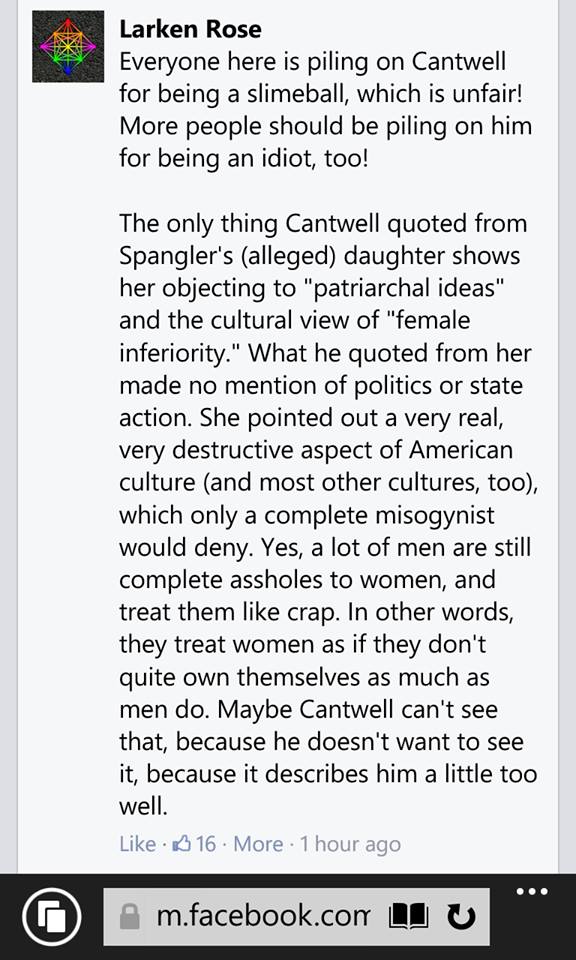 Firstly, I quoted her entire statement. Nothing was taken out of context.

Understand something, the term “rape culture” is nothing but State propaganda. If Larken had ever bothered to look into it, he would know that. The idea that we live in a culture where rape is socially acceptable is so completely beyond any semblance of reason, that you have to at least suspect some aspect of statism being involved.

We live in a society where men are 90+% of the prison population, and women claim they are being oppressed.

We live in a world where men are just plain viewed as disposable, we work the most dangerous jobs, we suffer the vast majority of war casualties, even as non-combatants, we are genetically predispositioned to put our lives on the line to defend women, and women claim they are treated as inferiors.

Well, Larken, and the rest of you fucking maniacs out there, I’m not going to keep on with that charade. You can call me a misogynist if you want to, but a lot of people are going to look at you like the New York Times for doing so. If you have a point to make, then make it, but I say it’s a sad day in the history of libertarianism when Larken Rose resorts to Rachel Maddow slander tactics.

Look, I get it, she’s purdy, I lived with the bitch, and I know what it’s like to fall under the spell. But make a fuckin point if you’ve got a problem with me instead of throwing around meaningless ad hominems like “misogynist”.

We talked about this last night on Some Garbage Podcast

This is what I do for a living, and it’s far from luxurious. I rely upon your contributions to continue producing this content. So if you appreciate the work I do, please consider donating, or advertising here. If money is tight, I could also use some volunteers.